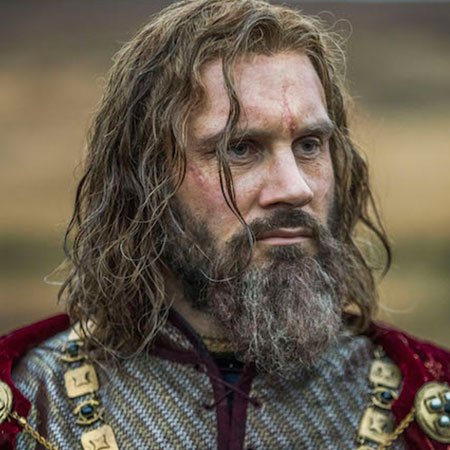 British actor Clive Standen (born July 22, 1981) is best known for his work in series, Vikings, Robin Hood and Doctor Who.

He has been portraying the persona of a tough guy in almost every role he has appeared in, but there is more to him than what meets the eye.

Here are some facts about the tough yet sweet actor you probably didn’t know.

He has been married to Francesca, for more than a decade. They tied the knot in Babington House, Somerset, England.

He proposed her in a rather romantic gesture. He spray-painted, “I love you, Francesca” near her home and wrote love notes on big placards.

He dressed up as Elvis Presley and sung ‘Fools Rush In’ while he got down on his knee.

He has three children, Hayden, Edi and Rafferty, whom he calls “the loves of my life.”

He loves being a house dad, playing cars and spaceship and giving his kids a bath.

For his role as Rollo in ‘Vikings,’ he had to wear a hair extension after which he says that he found new respect for women.

He says, “I’d wake up with all the hair stuck to my face and spend the next 20 minutes trying to take out all the tangles. I don’t shout at my wife when she’s taking forever to get ready anymore.”

4. He is an Adventurer

When not busy filming or spending time with his kids, he involves in deep-sea swimming.

He is planning to swim under the ice in the Arctic Circle. His wife, Francesca is also an amazing swimmer.

5. He is a Muay Thai Boxing Champ

Clive didn’t have to try too hard to fit in his role in ‘Vikings’ as he already had experience in combat.

He was a national Muay Thai box champion growing up.