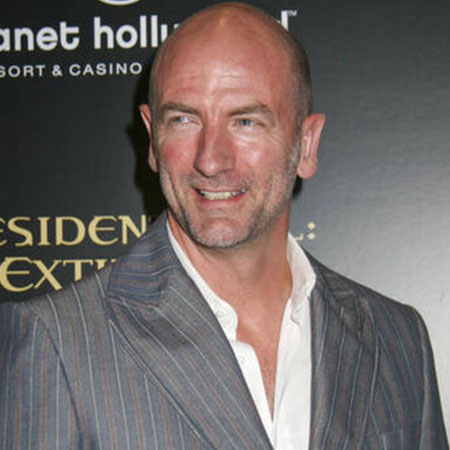 Graham McTavish is a Scottish actor, who is best known for his role in the TV series, Outlander and various other movies and TV shows.

He is currently playing a lead role as The Saint of Killers in AMC series, Preacher and lending his voice for the role of Dracula in ‘Castlevania.’

Graham was born on January 4, 1961, in Glasgow, to Alec McTavish and Ellen McTavish. Both of his parents held political positions previously.

His family relocated from Glasgow to Canada, England, and Scotland before settling in New Zealand.

Started as a theatre actor, Graham has contributed to many famous TV series & movies.

He has been appointed mostly for antagonist roles, either it’s his motion work or voice.

In his early career, he appeared in numerous TV films and had guest roles in various TV shows.

But, it was after the mid-2000s that he started appearing in featured films like Rambo, Hulk Versus, Middle Men and more.

He was highly applauded for his role as Dwalin in Peter Jackson’s ‘The Hobbit’ trilogy.

He has been featured in a few episodes of TV shows like Casualty, Taggart, Empire, The Bill, Prison Break and others.

He is currently portraying the main role of Saint of Killers in TV series, Preacher, which is airing its second season on AMC.

His voice can be heard in popular video games including, ‘Call of Duty’ series, ‘Uncharted series,’ ‘The Order: 1986’ and many more.

He has garnered a net worth of $4 million from his overall career.

He is happily married to his long-time girlfriend, Gwen McTavish and has two daughters with her.

The family of four resides in Central Ortega in New Zealand.