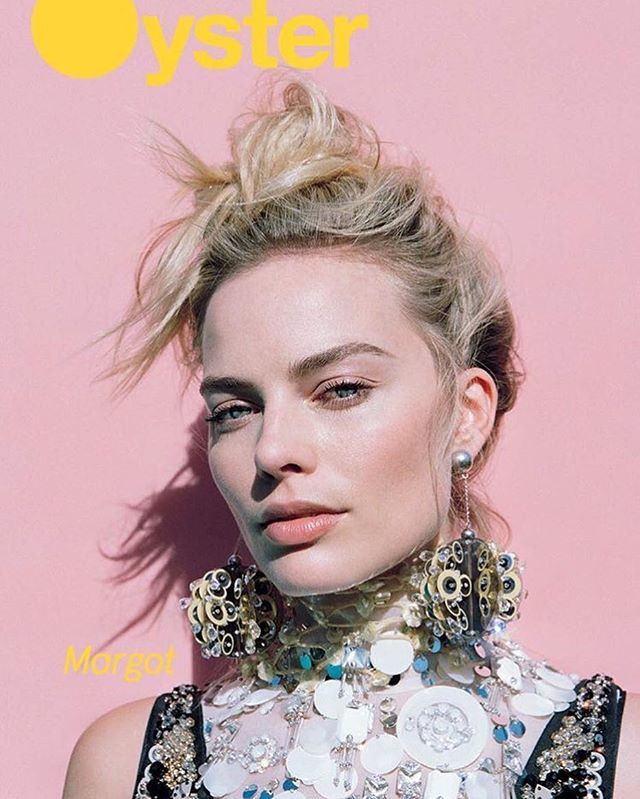 Most of you might be familiar to Harley Quinn, a fictional character and undoubtedly Margot Robbie has fantastically portrayed the role in Suicide Squad.

Now, it’s confirmed that she has signed up to reprise her role in the movie. The stunning Australian native is all set to take on a double role as a star, as well as an executive producer of the film.

Suicide Squad fame Robbie is gearing up to lead the cast of female DC superheroes & villains. She’s also unveiled about her plans for the upcoming project. However, apart from having Harley Quinn-led film, she wants to unite her character with the Jared Leto’s Joker.

Allegedly, most of Quinn’s action sequence in the movie was carried out by a body double. And a new photo from the set of Suicide Squad finally confirmed the news, which introduced Margot Robbie’s sexy stunt double. The image revealed Margot Robbie & the stunt double standing side by side, posing in the similar costumes.

The reports claim that most of her action & gymnastic stunts were performed by her stunt double. Now, one could only wonder whether two of them would be seen together in Harley Quinn’s upcoming projects.

55 things @collidernews learned on the set of #SuicideSquad. Link in bio.

Margot played a fictional supervillain character, Harley Quinn, in 2016 crime/fantasy movie Suicide Squad. Though her character is bad in the film, viewers have appreciated her talent and her really good figure.

Robbie’s super-sexy appearance has been loved by fans and critics. 3 hours rigorous workouts every day for 3 weeks during the movie was filming has finally paid off.

Talking about exactly what Australian diva did to get into the shape, her trainer Andie Hecker said – “She was a total trooper. It was very satisfying to see her body change into exactly what she wanted it to look like in such a short time.”

The workouts the 26-year-old actress involved in were Pilates, non-bulking cardio like jump rose, ballet jumps and rebounder, the most challenging form of cardio.

Andie added, “Abs and butt were the main areas of focus. There’s a scene in Suicide Squad where she changes clothes in front of a bunch of dudes, so her abs needed to be impeccable.”

In the movie, in those tiny shorts and cropped top, her abs were constantly showing off.

Images surfaced on the web claiming that Suicide Squad trailer was censored to cover Harley Quinn’s exposed butt cheeks in her revealing costume.

The stunning Australian artist portrayed The Joker’s ex-girlfriend, in which her costume comprised of a varsity jacket, metallic hotpants, and multi-colored bunches.

Since the release of the film, reviews have come saying “Appalling sexism and hideously timed gun worship.”

While the stunning actress’s acting skills left fans enthralled, her gymnastic skills also impressed the people. However, recent news about the unveiling of her stunt double has left fans shocked.

The star is also expected to reprise her character as Harley Quinn in an untitled Batman movie of Ben Affleck. But, it’s yet to be confirmed.