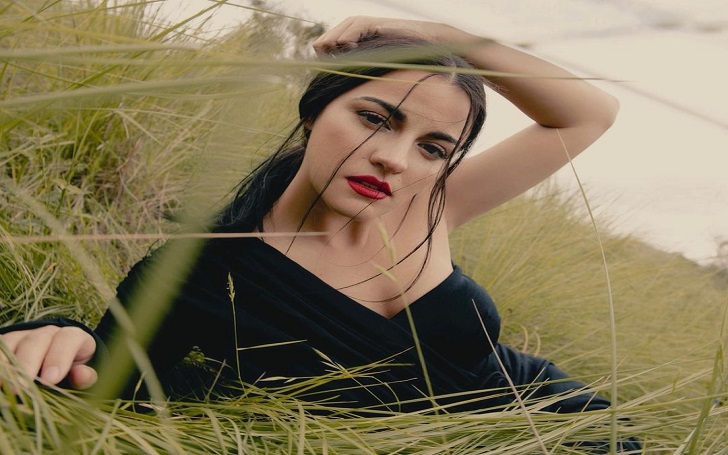 Maite Perroni is an actress as well as a pop singer from Mexico. She is one of the leading and most successful Latino actresses. Likewise, she also dipped her toe as a singer, songwriter, and producer.

You can read the talented actress’s Wiki-Bio, Career, and net worth if you are interested. So, without further dilly-dallying, we present to you the info on the Mexican artist Maite:

Who is Maite Perroni? Learn about Age, Family

The Mexican artist Maite was born on 9th March 1983 in Mexican City, Mexico. Likewise, She belongs to Mexican Nationality and comes from Latino ancestry. Additionally, she studied CEA and completes her graduation in 2000. Meanwhile, she also completes her graduation from Centro de Educación Artístic in 2003. She is currently living in Los Angeles, California, with her partner Koko Stambuk.

Maite Perroni is a successful artist who won the audience’s hearts in Netflix’s Original The Dark Des. The Dark Desire actress is dating Koko Stambuk since 2013. The couple shares their relationship with the public at the end of 2014.

Moreover, the couple with each other while she was working for her solo debut album Eclipse de Luna in 2013. The couple shares their picture on their Instagram.

How Much is the Net Worth of Maite Perroni?

Maite Perroni is a Mexican actress and singer-songwriter who has won several awards in their music career and as an actor. The estimated net worth is around $8 million. Likewise, she also earns between $100,000 to $250,000 per year from The Dark Desire Netflix series.

Moreover, she also earns $18,752 – $31,254 from her Instagram post. Her main source of income is as an artist. Perroni starred in many commercials for brands such as Pepsi, Walmart, and Pantene.

Sanding at 5 feet and 2 inches, Maite is a member of a famous band named RBD. One of the most popular Latin pop groups. Likewise, she is the first Latin American actress cast in three series via Streaming on Netflix, Amazon, and Claro Video.

The talented actress bagged the Best Actress Awards seven times. Likewise, she also won three music awards. She was also a brand Ambassador for Proactiv for the U.S. On the other hand, she was the first Latin Woman to have an Iconic Barbie doll fashioned.

The 39 years old Mexican actress Maite Perronie is active on her social media sites. As a result, she has a huge fan following. Firstly, she has 9.4 million followers on his Instagram account.