Skip to content
Home » Entertainment » FaZe Rug bought a Lamborghini at age 20! Take a look at all the FaZe clan cars 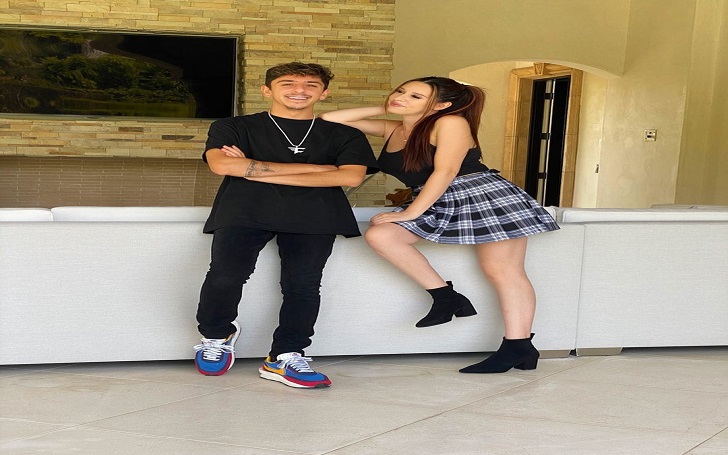 FaZe Rug is a YouTube star and actor known for his vlogs, challenges, gaming videos, and pranks. Moreover, he is a FaZe Clan co-owner.

Faze isn’t single anymore. He’s in a relationship. If you’re interested in learning more about his personal and professional life, we recommend that you read the entire article.

Brian Awadis, aka FaZe Rug, bought himself a Lamborghini! Last month, the 20-year-old used Instagram to show off his new automobile to his 2.2 million followers. So it’s safe to assume that this teenage YouTube sensation has amassed a sizable fortune.

The Lamborghini isn’t FaZe Rug’s only vehicle. In May 2016, he purchased a white Range Rover Supercharged. On Instagram, he posted a photo of his new purchase and made sure to thank his followers in the caption.

“I can’t believe what I’m hearing. Thank you so much for what you’ve done. I wouldn’t be able to make this purchase if it weren’t for you. LET’S KEEP KILLING IT,”

On his self-titled YouTube channel, the San Diego, California native has over 6.2 million subscribers, and 1.64 million people follow him on Twitter. Likewise, he began uploading videos to YouTube in 2012, and on October 9, 2015, he reached his first million subscribers. Awadis has had a straightforward rise since then. He accumulated 19.2 million members in May 2021.

Awadis is also one of YouTube’s most prominent vloggers, along with his FaZe clan teammates. His YouTube business began while he was a freshman in college and has now evolved into a full-time job that has proven highly profitable.

How much is the Net Worth of FaZe Rug?

FaZe Rug’s net worth is expected to reach $6 million in 2021. FaZe Rug is a well-known San Diego YouTube vlogger. When he uploaded some prank videos to YouTube, he first caught the attention of people.

On the other hand, the top YouTube Vlogger receives a portion of his income from Instagram. Furthermore, he earns from $11,424 to $19,040 for every sponsored post. In addition, he and his family live in a magnificent estate in San Diego that is estimated to be worth $5 million.

Is FaZe still a bachelor?

Faze Rug is in a relationship with Kaelyn, his girlfriend. The two had previously broken up, but they reconciled. According to rumors, Faze Rug is dating Kaelyn, a fellow social media celebrity, and his girlfriend. Further, the couple has been dating for a long time, and their bond is becoming more profound by the day.

The talented YouTuber dated many girls in the past. Additionally, he dated a fellow YouTuber Molly Eskam. His current girlfriend, on the other hand, works as an internet influencer.

The YouTube sensation Faze Rug was born in San Diego, California, on November 19, 1996. His parents, Ron and Sana Awadis, raised him. He grew up with his brother named Brandon, as well.

Moreover, he belongs to an American nationality. However, his parents are from Iraq. As such, he comes from Iraqi-American ancestry.

We hope you enjoyed the biography; keep E-Celebrity Facts bookmarked for additional information on your favorite celebs.