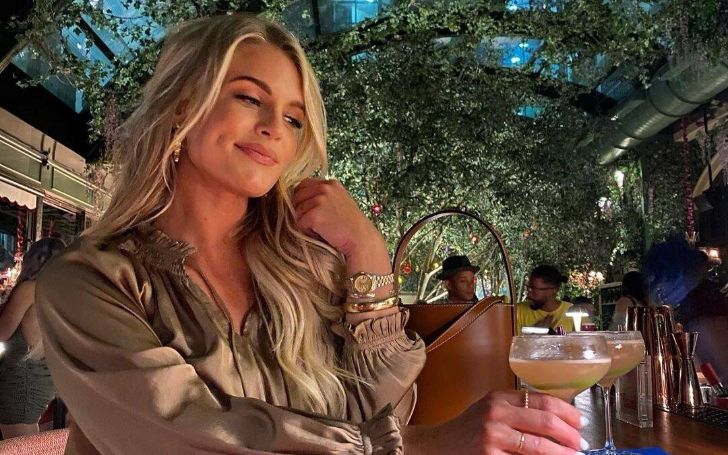 Madison LeCroy, the woman, believed to be at the core of Jennifer Lopez and Alex Rodriguez’s split, is no longer available.

“I have a boyfriend!” the “Southern Charm” star shared on Instagram when a fan commented on her photo, “Mmmm ARod on his way girl get bags [packed] he coming for you.”

The 30-year-old LeCroy has not revealed the name of the man she sees, nor has she shared pictures of him on social media.

Fans, however, rushed to determine the name of LeCroy’s elusive guy. Judging by the comments on Instagram, she is dating fellow “Southern Charm” cast member Whitney Sudler-Smith. A couple of weeks ago, Deuxmoi’s Instagram Story claimed that LeCroy and the 52-year-old Sudler-Smith were caught kissing in a Charleston bar.

“Guess she’s moved on from ARod… and doesn’t care who knows it!” the anonymous submission read.

Ending of Their Relationship

LeCroy and Kroll ended up calling it quit in 2020. And, just as the reality star was starting a new relationship, she emerged in the demise of another. According to sources, Jennifer Lopez and Alex Rodriguez broke up in March. Moreover, the references reported that the former MLB player had been texting LeCroy behind Lopez’s back.

The Bravo star subsequently responded he’s never physically cheated on his fiancée with her. Adding that, she and Rodriguez had only spoken on the phone. But the duo had never been physical. Likewise, they never had anything—just an acquaintance.

While Lopez and Rodriguez tried to mend their relationship for a short time, they later decided to call it quits this month. “I wish them the best,” Madison LeCroy said after the couple split.