Skip to content
Home » Entertainment » Inside Lyssa Chapman’s troublesome married life. What led her to get arrested?

Inside Lyssa Chapman’s troublesome married life. What led her to get arrested? 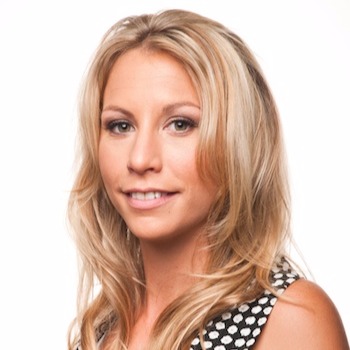 There’s a saying that the only way to conquer your fear is to face what you fear the most. Lyssa Chapman, the writer of Walking on Eggshell, chose to walk through the belly of a beast rather than sit silently waiting for her fears to swallow her. Lyssa has had her trek in life from abusive marriage and extreme poverty to accomplishments and happiness.

Married life with Brahman Galanti was a horrible experience

Lyssa Chapman went through early age pregnancy and had her first baby the day after her fifteenth birthday. Later in an interview when her second child was on the way, she disclosed the fact that she had conceived with a 24-year-old man, at the age of 14.

Married on 20th February 2009, Lyssa and Brahman “Bo” Galanti welcomed a baby girl together in 2010. Marriages are supposed to be the mark in our life, which brings smiles when we try to remember it. But the smiles can turn into tears within no moment if the partner you chose doesn’t treat you with love and respect.

Lyssa Chapman’s ex-husband, who abused her physically and mentally throughout their marriage, was no less than a monster.

There were times she ran in the streets in the middle of the nights scared from Galanti’s torture and broke into her father’s house to find a safe place. In February of 2011, Lyssa collected all of her courage and decided to escape from this torturous relationship. Now, she is officially divorced, she lives a happy life with her two daughters; Abbie Mae Chapman and Madalynn Grace Galanti.

The constant fights and abuses were definitely not a good scene for her children’s nurturing. So the splitting up of the couple has affected the lives of mother and daughters in a pleasant way.

Childhood was devastating too

The ninth daughter of Duane ‘Dog’ Chapman from his third wife Lyssa Rae Brittian, Lyssa Chapman has 11 siblings all together from her dad’s five marriages. Lyssa went through absolute miseries from her childhood to teenage; the miseries would have still haunted her if she didn’t decide to collect courage and fight.

She was raised by her father until she was ten. She had accused her father of trying to rape her, which she admits now, was false. Instead, she was molested by one of her father’s friends. She later went to live with her mother as she wanted to stay away from her dad. She describes her life when she lived with her father to be a dreadful experience filled with all the molestations, drugs and fights.

Lyssa’s mother, who was a drunkard, moved with her boyfriend right after Lyssa had her first baby. Left with the payable rents and bills, Chapman was frustrated and decided to move to her fathers’. Even though she doesn’t live with her him now, she has a pretty healthy relationship with him.

Lyssa has gone through hardships one can’t even imagine. From the molestation to early age pregnancies and then physical tortures, there was a point where Lyssa couldn’t handle it anymore and suffered from a psychological disorder. She was arrested in March 2011, for criminal property damage and substance abuse.

But the story deep inside brings out her somewhat clean. She had been out with her friends in Hawaii a month after her divorce. Her friends had mixed things in her drink; she got high out of the mixed drinks. She was arrested in a residential neighborhood of Honolulu after she allegedly banged on residents’ doors and swore while intoxicated. She was also accused of assaulting a police officer.

Lyssa Chapman, popular as Baby Lyssa, is a former bail bondswoman and bounty woman, is noted for her appearance in Dog the Bounty Hunter where she worked with her father Duane “Dog” Chapman. She had a great contribution in making her family, one of the most popular in reality television.

Lyssa plans to air a show which is in its development stage right now. She puts teens bombarded with sex these days as her concept for the show. Through the show, she will help the women in the same predicaments, she had faced.

Lyssa Chapman has accumulated a net worth of $500 thousand from her job as a bail bondswoman and bounty hunter and her appearances in the family reality series.

Lyssa’s recent Instagram post, which shows her kissing a woman named Leiana has raised a question on her sexuality. Though she hasn’t released any official statements about the rumors of her being lesbian, she hasn’t hesitated to address the woman as her ‘girlfriend‘ and ‘soulmate.’

Inside scoops of Lyssa Chapman’s relationship with her new girlfriend!