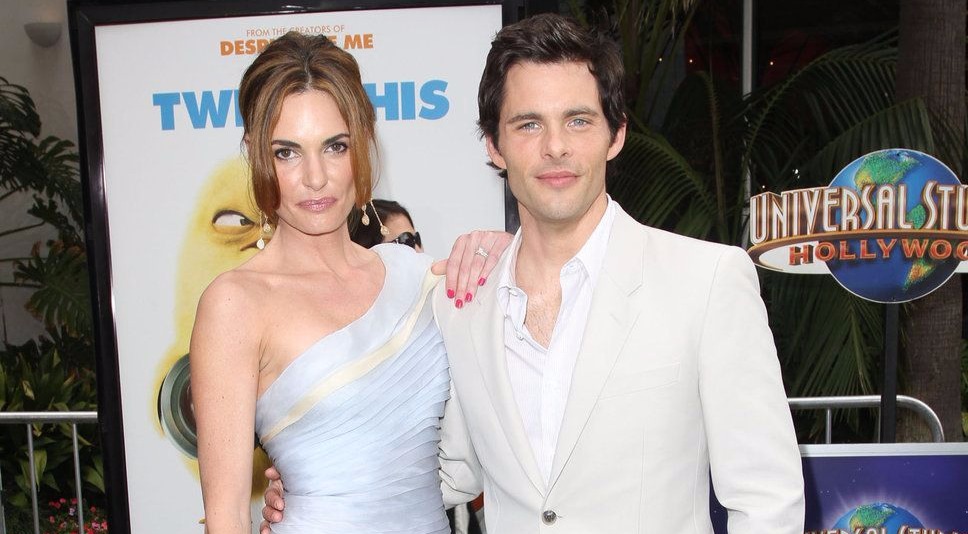 Lisa Linde and her loving husband James Marsden have ended their 11 years long marriage with a divorce. The full story is a lot more interesting when we look at the post-divorce life of James Marsden. It’s funny that he could get over such a long relationship within a very short period of time.

Lisa Linde filed for a divorce; James says it was mutual

Lisa Linde, the only wife in James’ life so far, filed for a divorce on 23 September 2011. While everyone expected the filing to appear devastating for James, it seemed like the incident didn’t matter to him much. According to the sources, he looked normal when he heard the news of divorce from the authorities.

As James’ representative reports, “This was a mutual decision. They are committed to raising their kids together and remain great friends.”

Lisa and James made two children together: Jack Marsden and Mary James Marsden. Jack and Mary were very disappointed to see their parents turning their backs on each other. However, it has been spotted that James, occasionally, visits the children. Anyway, it would always be better for the children to see their Daddy every day.

Lisa and James seemed very lax about the marriage in the months before the divorce. The insiders even say that the couple had been engaging in a lot of husband-wife discussions which could have triggered the divorce. It was even hard to spot the couple together in public gatherings.

Now, God knows what’s going to happen to Lisa’s life. Is she looking out to date someone else? You never know.

While Lisa looked extremely shattered after the divorce, James was casual and ready to move on. Well, it was a great evidence to suspect if he had any love affairs while in the marriage relationship with Lisa. Finally, it turns out that James was really looking to get rid of Lisa and make out with someone else.

Shortly after the divorce, he went to date the fashion model Rose Costa. Most interestingly, Rosa was even expecting James child. Though the couple didn’t marry, they brought William Luca Costa-Marsden into this world. Unfortunately, James couldn’t keep up with the sexy model Costa as well.

On one hand, Lisa’s whereabouts is less known in the media. On the other hand, James’ is seeing Lizzy Caplan recently, according to the sources. Following the divorce, Lisa Linde has never been in the media for dating or marrying anyone.