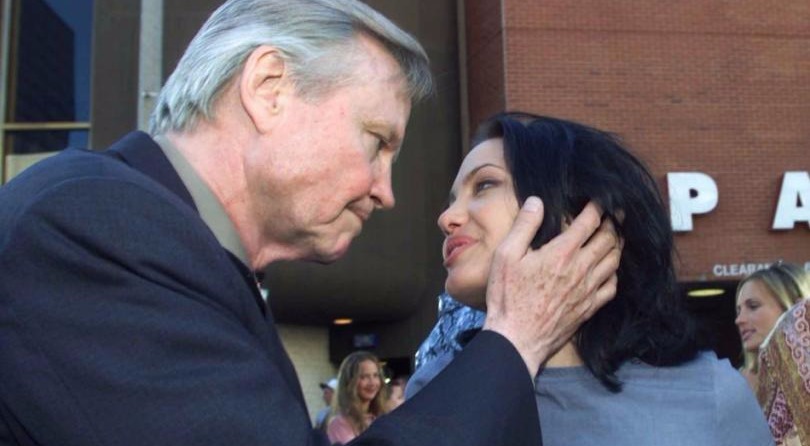 Jon Voight was very much shocked by a sudden decision of his daughter Angelina Jolie to divorce from Brad Pitt. Jon, a well-known name in Hollywood, married twice in the past but couldn’t keep up with any of it. Why would anyone leave a man with such a huge net worth?

Angelina Jolie and Brad Pitt’s divorce came out as a shocking news to everyone around the world. At the same, even the very own father of Angelina Jolie, Jon was unaware about the decision until it came out as a sea wave and engulfed the whole media world.

Tbh I love pics of Angie and her dad, she seems so childish with him #angelinajolie #jonvoight

Jon Voight has said that he was really shocked hearing the news of what happened between the couple. At the same time, he is very much sorry for her daughter as well. Voight tells, “It must have been pretty severe for this to happen. I don’t know much yet, but I plan on speaking to her and the kids very soon.”

Besides being devastated, Jon has also extended his hearty welcome to his daughter and the six grandchildren. He said to the reporters that he is ready to give full support to Jolie and take care of her kids as well.

Brad-Angelina is the most beautiful and famous couple in the whole world. Unfortunately, the couple divorced for the reason of irreconcilable differences. Well, nothing last forever.

Although Jon Voight managed to show his sympathy on the divorce of his daughter, he, himself, is a lonely man in his love life. He has already married two times but couldn’t keep it going with anyone.

In 1962, Voight married Lauri Peters. The couple didn’t have a mutual conjugal life; they didn’t even have any babies in the five years’ relationship.

Nevertheless, in 1971, Jon married Marcheline Bertrand and stayed together with for the next nine years. Together, they even gave birth to Angelina Jolie. However, the late part of those nine years turned out to be bad for both Jon and Marcheline. So, they divorced in 1980.

After the two divorced, Jon never married again. Perhaps, he focussed too much on his career. His long-run dedication in the field has already earned him a net worth of $45 million and it seems adequate for Jon Voight to live his life in luxury.