Skip to content
Home » Entertainment » What is Ice Road Truckers Lisa Kelly net worth in 2018?

What is Ice Road Truckers Lisa Kelly net worth in 2018? 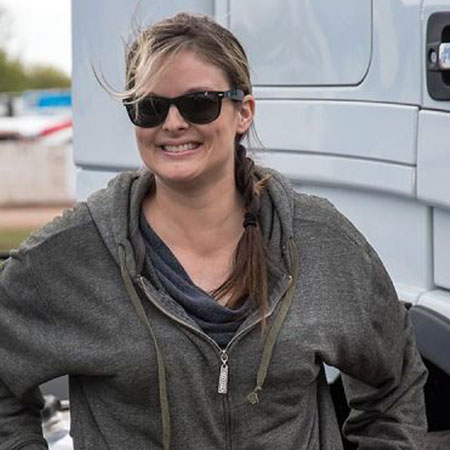 Lisa Kelly has successfully proved her capability as a truck driver, which is considered men’s job.

She was born on December 8, 1980, in Grand Rapids, Michigan, and grew up on a mini farm in Sterling, Alaska.

She returned to Grand Rapids to enroll at Cornerstone University but dropped out after a semester.

Afterward, she drove a school bus and also worked at gas stations and pizza company.

A motorcycle enthusiast from a young age, she is also a rider and freestyle motocross champion.

And when it came to choosing a long-term career, Lisa thought of being a truck driver, which she found fascinating.

She later got a job as a truck driver at Carlile Transportation, an Alaskan haulage company.

In 2009, she joined the cast of ‘Ice Road Truckers’ in season 3 as the only woman and subsequently took part in season 4 and 5.

She didn’t show up in season 6 to take a year off. However, she returned to the show the following season.

During the season 9, she and her co-star, Darrell Ward, co-founded a company and started working there.

Darrell was tragically killed in a plane crash after season 10. She continued to run the company in the season 11.

She also trucked in the Himalayas of India as a part of season 1 of ‘IRT: Deadliest Roads’ along with Rick Yemm and Alex Debogorski.

She along with her fellow drivers drove in Bolivia and Peru in a later season of the spin-off series.

An animal lover, Lisa and her husband, Traves Kelly (married since 2008) co-own a miniature horse, Rocky, and a cat, Tanzi.

Hauling oversized loads in the treacherous and icy roads for years, she has managed to amass a net worth of approx. $500 thousand.