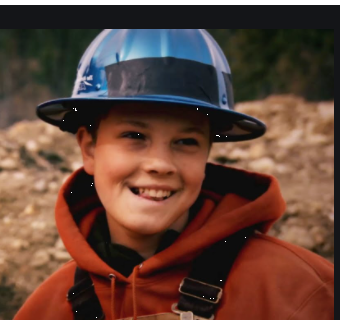 Hunter Hoffman is a professional gold miner and reality TV star known for his appearance in ‘Gold Rush.’

He represents the third generation of his family to star on the show, along with his grandfather, Jack, and father, Todd.

He first appeared in ‘Gold Rush’ in the second season in 2011 and started appearing regularly since the sixth season.

His brother, Hudson, has made a few appearances on the show.

In an episode of ‘Gold Rush: Live’ in February, Todd revealed his crew’s decision to quit the show after season 8.

He stated, “My father Jack, and my son Hunter and team Hoffman are…we’re not going to be back on Gold Rush – maybe never again.”

When asked if Hunter was being primed to take over his father’s business, he said that he is still in the learning phase.

Along with the big announcement, Todd also said that he was still considering mining, stating he was “not done” yet.

Recently, it has been announced that Rick Ness will be replacing Todd Hoffman in season 9.

Hunter has been in a relationship with a beautiful girl named Bri Ramseth since 2015.