Skip to content
Home » Entertainment » What is Lisa Bonet doing now? Her married life with Aquaman 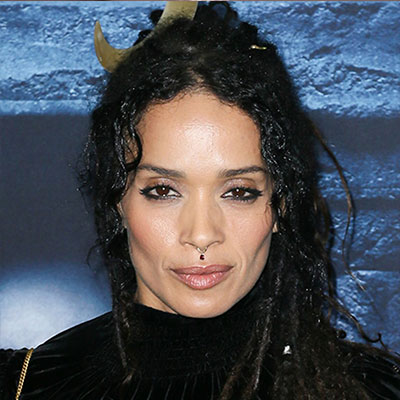 Lisa Bonet aka Lilakoi Moon is an American actress best known for her role as Denise Huxtable on ‘The Cosby Show.’

Lisa Michelle Bonet was born on November 16, 1967, in San Francisco, California to an opera singer father, Allen and a music teacher mother, Arlene.

She graduated from the Birmingham High School and later studied acting at Celluloid Actor’s Studio in North Hollywood.

She began appearing in commercials at the age of 11 and was 16 when she got the role of Denise Huxtable in ‘The Cosby Show.’

The same year, she also appeared as Epiphany Proudfoot in the film, Angel Heart opposite to Mickey Rourke.

Reportedly, her racy n**e scenes from the movie prompted her exit from ‘The Cosby Show.’

Bill Cosby then helped her gain a role in the show’s spin-off series, A Different World, which focused on Denise Huxtable’s college life.

She was fired from The Cosby Show in 1991, and changes came in her life afterward.

She fell in love with the musician, Lenny Kravitz, whom she met at a New Edition Concert during the mid-80s.

Lenny at that time was an unknown musician who went by the name Romeo Blue.

Though they were referred to as soulmates, their relationship was rocky since the beginning.

Lisa was an inspiration to Lenny’s 1st album, but the heartache she gave to him was reportedly the subject of the songs of his 2nd album.

Afterwards, she started appearing in straight-to-video films and legally changed her name to Lilakoi Moon.

She was briefly in a relationship with yoga instructor, Bryan Kest in 1992.

She started dating actor Jason Momoa in 2005, and the two welcomed their first child, Lola Iolani Momoa in 2007.

Lisa’s third and the pair’s second child, a son, Nakoa-Wolf Manakauapo Namakaeha Momoa was born in 2008.

Rumors of their marriage had hit the tabloids in 2007, but it wasn’t until October 2017, the couple tied the knot officially.

The Game of Thrones alum is madly in love with her and considers himself lucky to have her in life.

Currently, the family of five happily reside in Topanga, California.