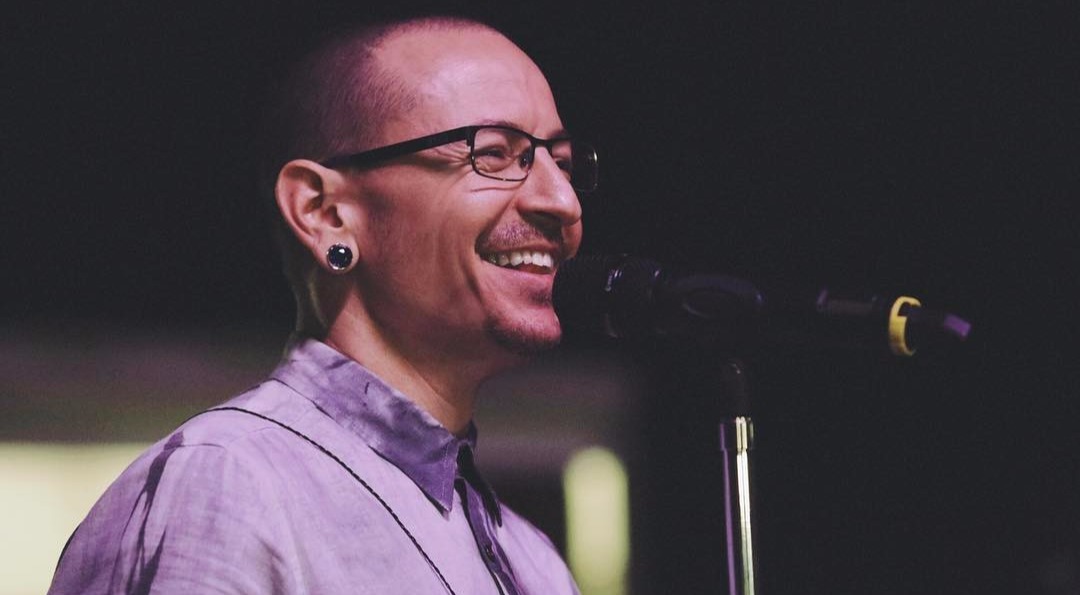 Chester Bennigton, the iconic lead singer of Linkin Park, died on Thursday by suicide.  July 20 would’ve been the 53rd birthday of his late friend, Soundgarden and Audioslave frontman Chris Cornell, who also killed himself earlier this year.

The two musicians became friends when they were on tour almost ten years ago. In 2008, Bennington had said that he enjoyed Cornell’s company on tour. 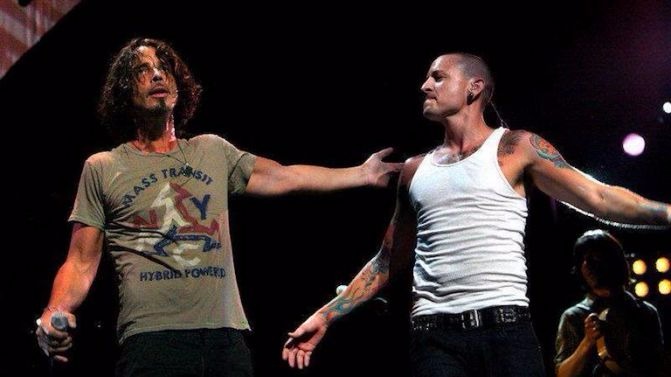 “Chris is an amazing guy. We’ve become really good friends,” Bennington said to the Orange County Register in 2008. “I go up on stage every night with him and perform ‘Hunger Strike,’ and he comes out during our set and performs ‘Crawling’ with us, and the crowd just flips out.”

Bennington was the godfather of Cornell’s now teen son, Chris.

Cornell was found dead in his hotel room in Detroit hours after the performance with his band. He had hung himself and was pronounced dead at the scene.

Bennington penned an open letter on Instagram after learning about the death of his close friend.

In the note, which was posted on May 18, he wrote, “Your talent was pure and unrivaled. Your voice was joy and pain, anger and forgiveness, love and heartache all wrapped into one. I suppose that’s what we all are. You helped me understand that.” 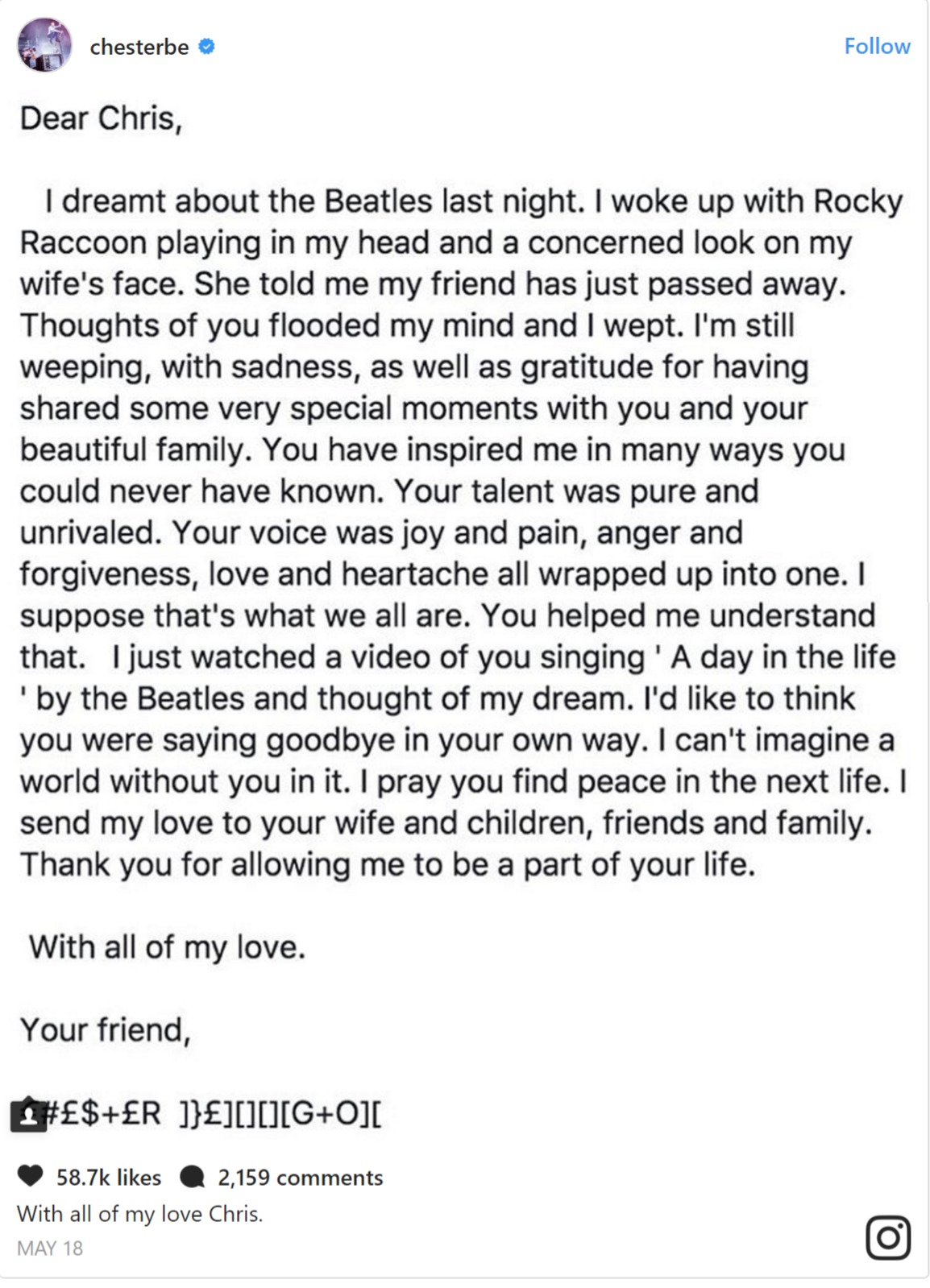 He went on to thank the late singer for including him in his life and prayed that Cornell would “find peace in the next life.” 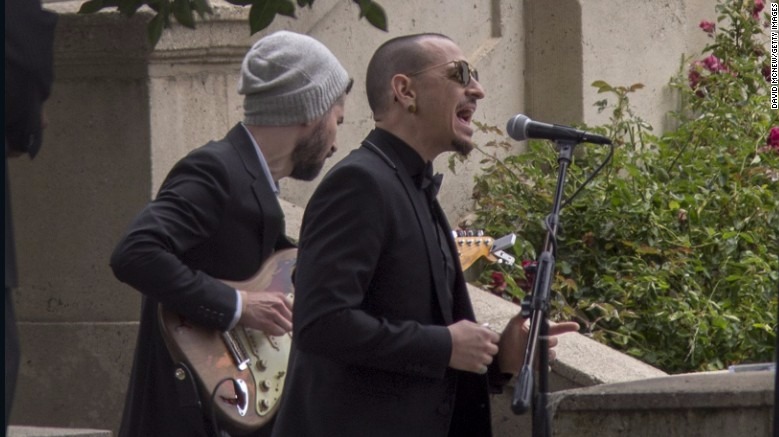 On May 26, Bennington sang Hallelujah at Cornell’s funeral. Bennington, along with Linkin Park, also played a tribute song for Cornell days after his passing. Linkin Park co-founder Mike Shinoda later revealed that Bennington had a hard time through the performance.

On May 27, a week after Cornell’s death, the singer tweeted a series of positive posts, including one about new music:

A day later, he congratulated his wife’s niece on her graduation, calling it “one of the greatest moments” of his life. He and his wife, former Playboy model Talinda Ann Bentley share six children; Isaiah Bennington, Tyler Lee Bennington, Jaime Bennington, twins Lila Bennington and Lily Bennington, and Draven Sebastian Bennington.

On July 7, Bennington posted a photo of himself on stage at Birmingham, U.K. where Linkin Park had performed. This is his last photo on Instagram. 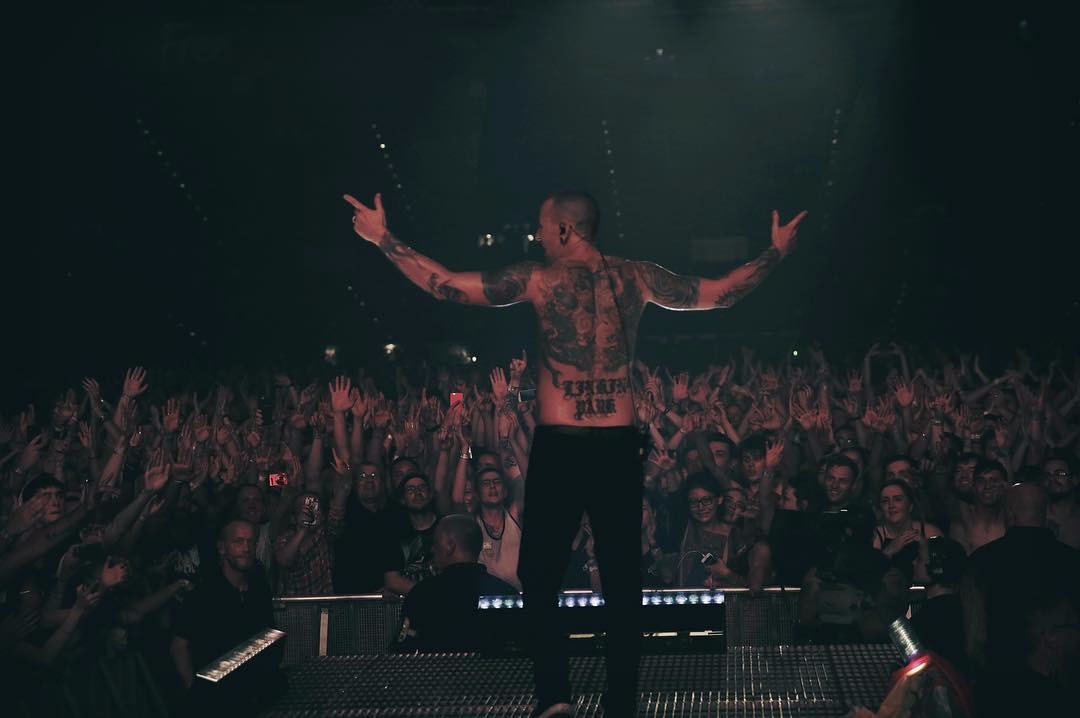 On July 15, he retweeted this photo of him smiling alongside band member Mike Shinoda and friends Chukwudi Hodge and George Watsky in a studio.

TMZ reports that Chester Bennington will be laid to rest in a private funeral. It’s unlikely that his grave will be next to Chris Cornell, as many fans are requesting.

The Linkin Park frontman’s family were offered a burial spot at Hollywood’s Forever Cemetery but they declined fearing it would be too public.