Skip to content
Home » Entertainment » Where is Linda Kozlowski? Her life after Crocodile Dundee & net worth

Where is Linda Kozlowski? Her life after Crocodile Dundee & net worth 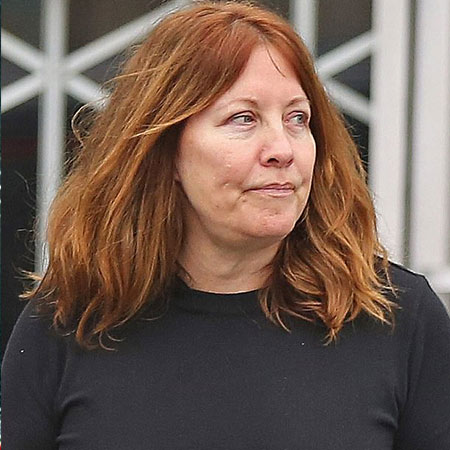 ‘Crocodile Dundee’ stars, Linda Kozlowski and Paul Hogan, who played as Mike Dundee and Sue Charlton, are once again in the limelight.

The success of the ‘Crocodile Dundee’ Super Bowl commercial starring Chris Hemsworth, Danny McBride, Hugh Jackman and Russell Crowe has reminded us of the successful movie.

Now, people are wondering where is Linda Kozlowski and what she is doing these days.

She became famous for her role as the gutsy and determined Sue Charlton in the 1986 film, Crocodile Dundee, and its sequels.

Apart from her acting, her blonde locks in the 80s and stylish brunette ‘do with loose waves in the 90s also became her trademark.

The couple’s onscreen romance turned into reality, and they exchanged their wedding vows in 1990.

However, the fairytale marriage fell apart in 2014. Their divorce was finalized in a California courtroom citing irreconcilable differences.

Linda allegedly received $6.25 million of Paul’s huge fortune after divorce. They share the custody of their teenaged son, Chance.

Fans are still curious about what caused their divorce after 23 years of togetherness.

In 2017, she opened up that she was sick of living under the actor’s shadow and it has been nice to feel her own light post-divorce.

She added that they grew naturally apart as the main problem they really had was that they had nothing in common.

Later, Hogan also admitted that they had different choices in everything from colors and clothes to places, food and anything.

According to Linda, their divorce was completely amicable, and they have still maintained as friends.

After the movie, Crocodile Dundee in 2001, she has stepped away from the acting world.

When asked about the reason, she expressed her dissatisfaction with the straight-to-video film roles she had been offered.

After divorcing Paul, she has been dating a Moroccan tour guide, Moulay Hafid Baba.

Rumors of their marriage surfaced in December 2017 after the two were spotted wearing gold rings.

They together run a Moroccan tour company, Dream My Destiny. As of 2018, Linda is worth approx. $10 million.