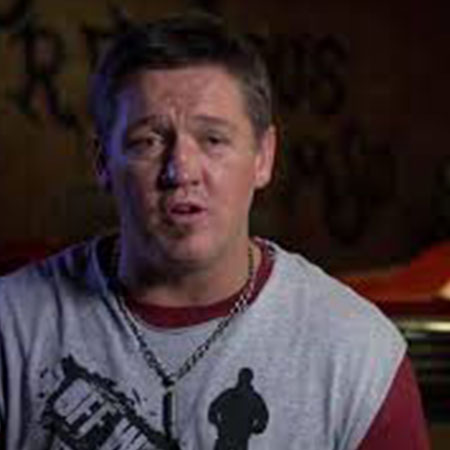 He was born on August 10, 1973, in Memphis, Tennessee and brought up in Joiner, Arkansas.

He graduated from Rivercrest High School in 1992.

Born and raised in a family of roofers, he was also involved in the family business for the first twenty years of his life.

He would spend all of the money he earned from roofing to fix up the old cars.

He was in love with automotive trade from a young age, and by 10, he started driving and racing on dirt and gravel roads across Mississippi County.

One of his first cars was a ’66 Chevy II Nova, in which he installed a 402 big block engine from an old Bob truck.

He has a strong passion for cars and race. But, it was the financial crisis that led him to start street racing to earn money.

He spent eight years in prison. But, the actual reason for his conviction hasn’t been revealed.

However, his days in prison changed him for better. Gradually, he returned to the car trade.

He has come a long way, as he now owns a car lot, where he has parked his racing cars like Heifer, Ole Heavy, Ziptie and Puddle Jumper.

A legendary racer in Memphis, he got wide exposure after appearing in ‘Street Outlaws: Memphis.’

Regarded as the leader of the Memphis racing team, he persuades people to get out with their car on the street and compete with him.

He has raced and made a lot of money with Midget aka Tricia Day (his wife) and Precious Cooper aka Queen of the Forest.

He has been together with his wife, Tricia Day, for about 10 years now. Together, they parent eleven children and five grandchildren.