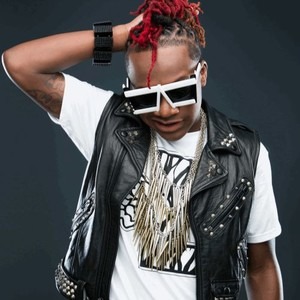 Since his debut the young rapper has made a name for himself on and off the music field. He is the only rapper of his age to have had a charity for Hurricane Katrina and owns a charity named S.O.C.K (Save Our Community Kids) in New Orleans.

Lil Chuckee was born as Rashard Ballard on 1st October 1996 in New Orleans, United States. He spends his childhood in the rough parts of the housing projects known as the Third Ward Calliope Projects. His neighborhood was filled with criminal activities,where murdering and robbery was a part of their lives.

Growing up in a criminal environment, it would have been easier for Lil to get into the same business, but instead, he decided to match the success achieved by his childhood heroes Master P, C. Murder and Silk the Shocker.

The boy had talent in him and he knew he was destined to be a rapper. He wanted to live his dream and become a rapper someday. Luckily, for him, his dream got a glimpse of reality when rapper Lil Wayne wanted to sign the talented 9-year-old kid.

But Lil Chuckee’s parents stood in the way and said Wayne had to wait for a while if he was to sign him. 6 years later Wayne signed him and Lil became the youngest member of Young Money Star.

In his time with the New Money, the talented rapper gave his voice in numerous collaboration remixes songs and appeared in various Young Money Videos. Besides that the young rapper has also successfully collaborated with numerous successful artists including Yo Gotti, Justin Bieber and 2Chainz in his 2013’s mixtape “Lebron of My Time”.

Even after he left his god father Lil Wayne, he recorded memorable hits

He left Young Money in 2015 and after leaving them, the rapper has successfully established him as one of the best in the industry. While Chuckee has delivered two mixtapes “Overdue” and “Lebron of my Time” during his time with YM, he has also delivered a couple of mixtapes after leaving the group.

Since after leaving YM, no news of the young rapper joining other reputed music labels has come up. But yet no confirmation has been made from the rapper regarding his involvement with the other music label.

YM was a successful music producing group lead by Lil Wayne. But due to some unforeseen reasons, YM decided to split up leaving the singer associated with them in dilemma. Now YM is divided into two parts, one of which is led by Birdman and the other by Lil Wayne.

In his short time in the music industry, the rapper has accumulated a huge success and fan base. Beginning from scratch, the rapper has now built a stable reputation for him. It’s not only fame and reputation that music has given Lil Chuckee but also a net worth of around 2 million dollars, which is likely to increase in near future.