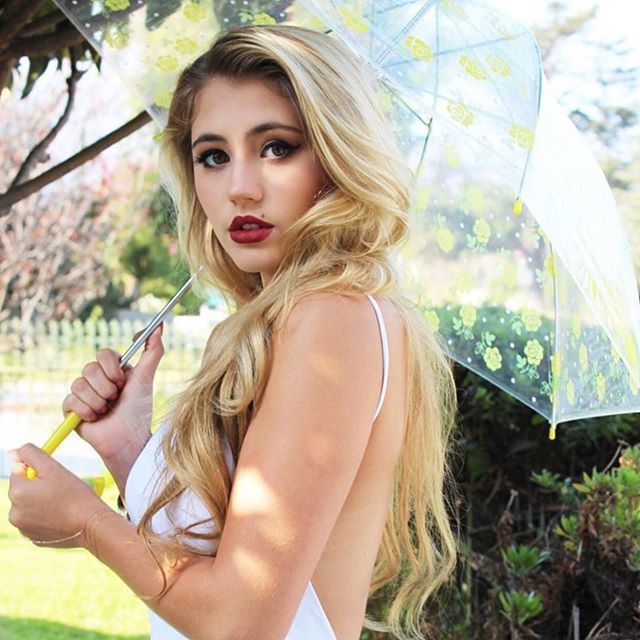 Lia Johnson, an American actress and singer, is popular as a phenomenal internet personality of Emmy-winning web series “Kids React”. She has popular vlogger and social media channels.

Lia Marie Johnson was born on November 23, 1996. Her first YouTube account was created in 2007 by her mother, who posted videos of her performances at churches and talent shows. It was only two years later that Lia started creating contents for her YouTube channel. She has since uploaded personal commentaries, sketch comedies, and music covers.

In 2010, Lia started appearing in the Emmy-winning Kids React Series by Fine Brothers. Kids React gave Lia an increased exposure: a platform for a wider audience to get to know her. This in return increased followings in her YouTube channel.

Lia remembers “Every week, I just answered questions and gave my opinion, which is a great way to get to know someone.” She added, “I think Kids React was my very first viral video, ‘cuz everyone knew my name after that.”

In 2014, Lia joined a new hit series YouTubers React. Throughout the series, Lia got opportunities to collaborate with other well-known YouTube personalities.

In 2014, Johnson appeared at the Nickelodeon comedy series “Terry the Tomboy: The Movie”. She appeared in numerous movies including “Everything Before Us” and “Expelled”.

In 2015, Lia collaborated with Alejandro Luis Manzano and uploaded a musical cover of "Latch", originally performed by Sam Smith. The same year Lia released her first single- “Moment Like You”. She has been working on her solo music album for the last two years and is signed by the Capitol Records.

Lia was born in Wahiawa, Hawaii. She was born to a military family which eventually settled in California. She has four younger sisters and a younger brother.

In a Teens React episode about the 2012 US Presidential Election Lia claimed that she is and has been a Democrat.

In 2014, Lia dated another popular vlogger Jc Caylen. After two years of relationship, Lia split with Jc in 2016.

Lia has an estimated net worth of $1.2 million. She accumulated such high net worth by posting online advertisements in her YouTube channel.

Lia has been featured on the covers of Adweek and BYou Magazine. She has endorsed brands such as “Big Brand Tire”, “Rock N Style Hairbrush” and “Cox Communications”.

Lia has 1.7M subscribers and around 114M views in her YouTube channel. She has 1.6M followers in Instagram and 953K followers at @LiaMarieJohnson.