Skip to content
Home » Entertainment » Laurie Metcalf divorced from husband after six years of marriage, they are sharing their children custody!

Laurie Metcalf divorced from husband after six years of marriage, they are sharing their children custody! 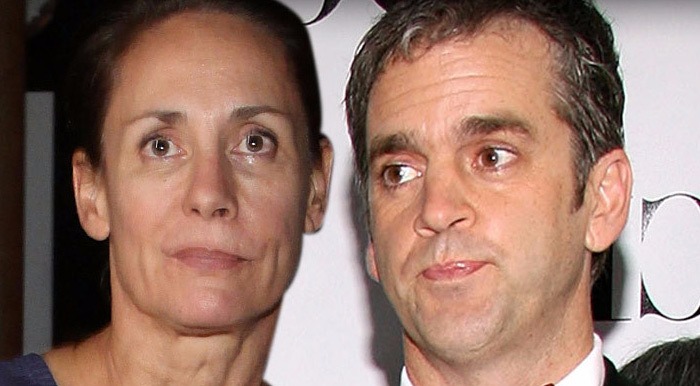 Laurie Metcalf has returned to the single life! Her divorce from her second husband, Matt Roth, was finalized in 2014. Keeping their issue asides, the couple is sharing the custody of their three children.

Laurie Metcalf, recognizable faces of American film industry, is best known for her performance as Jackie Harries on ABC’s series “Roseanne”, during which she started her relationship with co-star Matt Roth, who was cast as her abusive boyfriend named Fisher. Also for the respective role, Laurie earned a Daytime Emmy Award.

Let’s turn some pages on Laurie’s personal life together.

Laurie Metcalf’s marriage shattered when her husband Matt filed for divorce! Matt Roth, an actor who portrayed the part of Laurie’s abusive beau on Roseanne, was the one who filed for papers citing irreconcilable difference.

Laurie and Matt’s divorce became finalized in 2014. It was one slow and lengthy process as the paper later revealed that the couple has been separated since 2008, but until 2011 no one filed for divorce.

Overall, the spilt of Laurie and Matt was pretty amicable. The couple is sharing physical and legal custody of their three children. And while Matt gets to keep their L.A Home, Laurie gets their country house in Idaho, along with a tractor, a camper and couple of snowmobiles.

Laurie Metcalf and Matt Roth’s filmy love story: They fell in love shortly after meeting on the set

While starring on Roseanne, Laurie met her future husband Matt Roth, who was cast as Laurie’s abusive boyfriend. But never mind the negative role, because soon Laurie and Matt really hit it off.

The couple got married in 2005 but were together for a longer time. They began dating around in 1993 and shortly their first child, a son named Will, was born in November that year.

And in 2005, they welcomed another new member to their family, a daughter, Mae Akins, through surrogacy. And following year, they adopted a boy named Donovan, at the age of six.

This was Laurie’s second marriage. From her earlier marriage to Jeff Perry in 1983, she has a daughter, Zoe, born in 1984.

As it is known , Marriage and Divorces divorce are both common experiences. Laurie Metcalf may have experienced it twice, but the woman is stronger than ever.

The actress has been married twice with two subsequent divorces. Laurie Metcalf has been single since her divorce with second ex-husband.