Laura Dern – Supporting Actress in a Limited Series or Movie 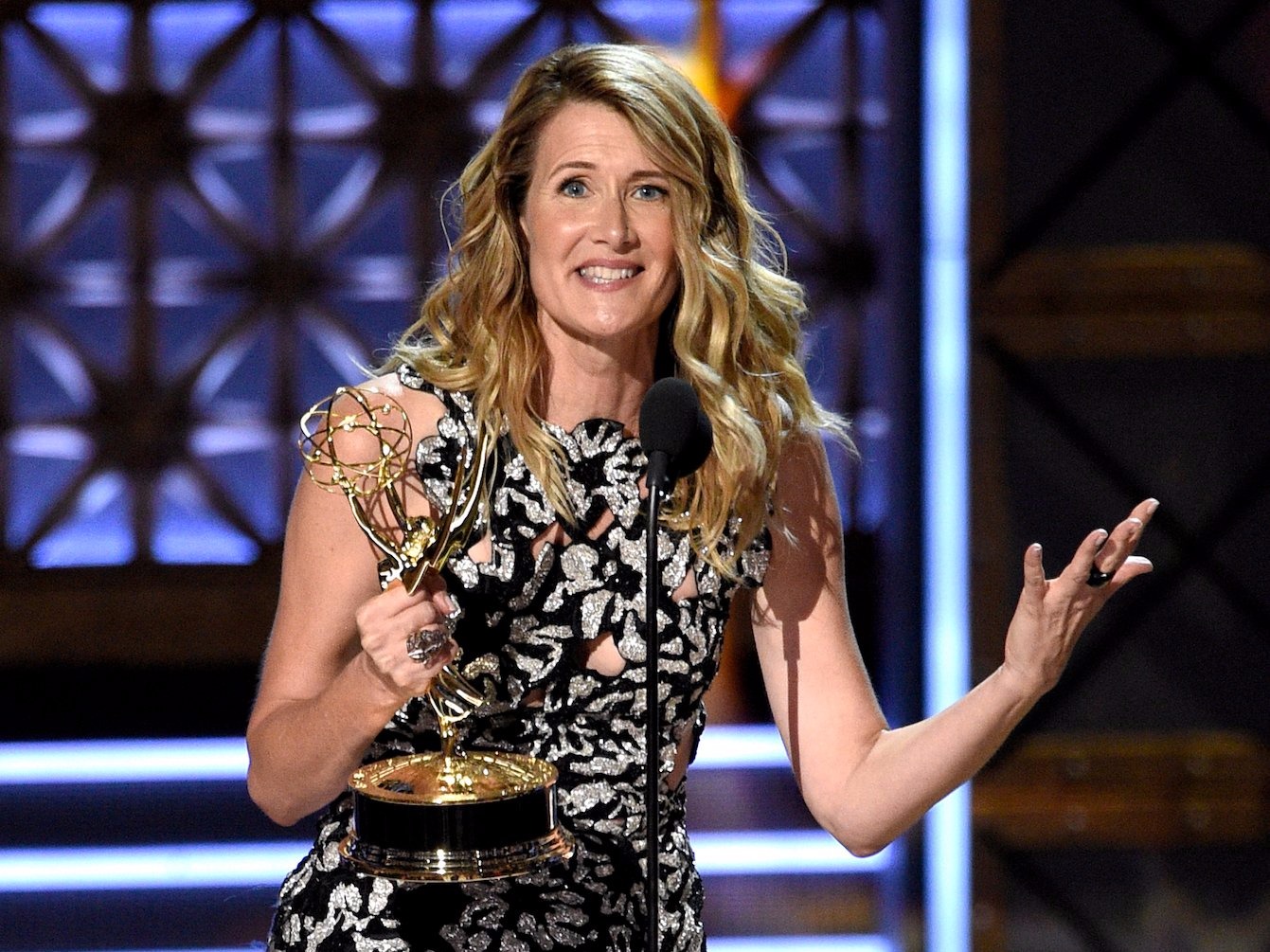 Laura Dern bested her Big Little Lies co-star Shailene Woodley for the Emmy Award for Supporting Actress in a Limited Series or Movie at the 2017 Emmy Awards.

Jackie Hoffman was nominated for her role in Feud: Bette and Joan, and hilariously reacted to Dern’s win by jokingly screaming, “Damn it!” Her co-star Judy Davis was also nominated, as were actresses Michelle Pfeiffer and Regina King.