Lark Voorhies Rushed Life! Got married to Jimmy Green after romancing for a year and separated within six months. Failed to establish a family, it’s the third time for her 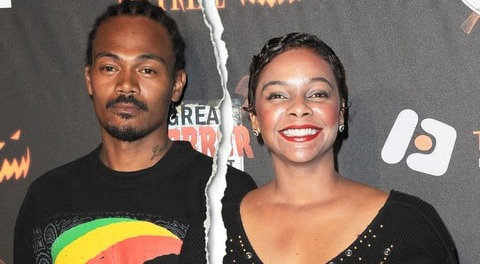 Lark Voorhies’s divorce with her husband Jimmy Green is quite a suspicious topic. The Saved by the Bell’s Lisa Turtles has faced quite many struggles in her married life. Seemingly, she has failed in establishing a stable family.

How awful! Voorhies, who wedded her now-ex-spouse Jimmy Green, back in April 2015 has officially called it off just after 6 months. Read the whole story for shocking details.

Reports saythat the couple has not celebrated even their first anniversary. Quite shocking! The couple married after dating for a year, separated citing irreconcilable differences on 29 October, and it took no time.

People are curious to know what went so wrong between them that they had to call off their marriage that quick. Lark Voorhies who annulled her 6-month marriage to Jimmy, reportedly asked the court to block the ex-spousal support.

The actress met Green, the music engineer through Facebook and a year-long romance followed between the pair. Finally, Voorhies got hitched to Green in April 2015 in a secret wedding ceremony in Las Vegas.

Some gossip media have reported that according to Lark not only she but Jimmy also wanted to file for divorce. The pair had struggled with few rocky phases throughout their short marriage.

A day after their wedding, her husband’s criminal records surfaced i.e. of threatening a store owner 3 years ago. Possibly it might have fueled the other reasons.

Two months after their wedding, they’re very optimistic about their coming days. In an interview, Green had said that he & wife will be happy with each other and “live life to the fullest” each day of their rest of the life.

On the other hand, Lark’s family didn’t approve of the union. They felt that the relationship was really a dangerous one and also wanted Lark to have the marriage canceled at the same time.

For her mom’s part, she was just concerned about Lark because Lark had a bipolar disorder and she needed special medical treatments. But, Lark denying her mothers’ statement instead said that she had just “textbook clinical depression” following her first marriage to Miguel Coleman.

More Controversies! See how Jimmy reacted after filing for divorce

We can’t help by curiosity, what could have gone wrong between them who seemed like a made-for-each couple. Allegedly, Jimmy called his wedding to Lark “a terrible from the beginning” accusing her mom of many of the issues that happened between them.

In fact, the single reason Lark filed for divorce was Green didn’t know how to. And when it comes to Lark’s mom, she claimed that he was verbally abusive towards her daughter, in a court filing.

Six months marriage is still a short, even by the Hollywood standards.

Whoa! This is really very crazy. It’s hard to believe those things that the couple sharing a romance for a year married in a secret ceremony and parted their ways so fast.

Lark Voorhies, who married Green after two divorces has once again led herself to a husband-less life. However, still, the issue is under quite media scrutiny. We are blindfolded to Lark Voorhies’s current liaison status.