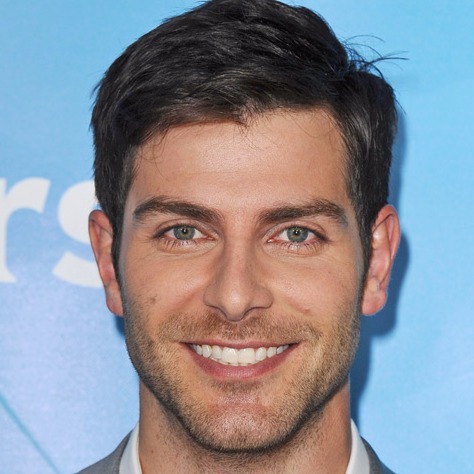 David Giuntoli was born on June 18th, 1980, in Milwaukee, Wisconsin. He was, however, raised in Huntleigh. In his childhood, he was not much athletic, as he says he was shorter in comparison to others.

David graduated from St. Louis University High School in 1998 and later joined Indiana University Bloomington, where he earned a bachelor’s degree in business and finance.

David came to the spotlight in the showbiz business in 2003 when he was discovered by the talent scouts for MTV. Afterwards, he was cast in MTV’s reality show, Road Rules: South Pacific. After his first tv stint, David wanted to further pursue his career in acting.

In the year 2007, David shifted to Los Angeles in order to pursue his career in acting. While he was not getting any offers in LA he studies acting under the guidance of director/actor-teacher Chris Fields. He then joined Echo Theatre.

His enthusiasm and his talents brought him some small roles and some cameo roles. Besides the small roles David also got a huge offer in his table, starring role in the Superman movie, Man of Steel. However, he was beaten to that role by British actor Henry Cavill.

He had to wait a long time before he finally could launch himself as a movie star. His biggest role in front of the camera came with Grimm which hit the screens in October 2011. Since his debut in Grimm, his professional career took a different turn, as he is one of the sought after actors today.

David was born to parents David Giuntoli Sr. and Mary Giuntoli. His father is of Italian Descent and mother Polish decent. David is currently in a relationship with his Grimm co-star Bitsie Tolloch. The duo have been engaged since April 2016 and are likely to get hitched in the months ahead.

David Giuntoli is one of the most good looking and talented men in the showbiz industry. In his short spell in the industry, David has been able to accumulate huge success. He presently resides in Portland, Oregon.