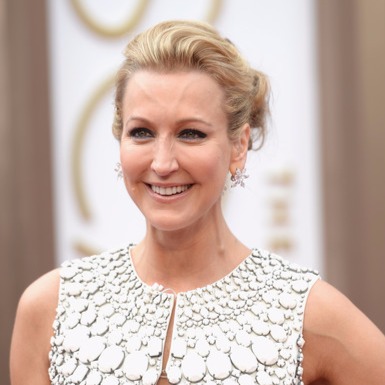 Lara Spencer became best known for co-hosting Good Morning America. Spencer also was a former host of the entertainment newsmagazine The Insider. Similarly, Lara works as a correspondent for ABC News and Nightline.

The talented journalist also holds experience as a TV producer and penned a couple of books. Besides, Spencer earned millions of dollars throughout her career. Likewise, Lara shares her wealth with her partner.

Lara Spencer was a competitive diver during her college days

Moving on to her parentage, Lara was born to her father, Richard von Seelenand his wife, Carolyn von Seelen. Furthermore, her dad worked as a president of the North American Division of the knitwear manufacturer, Pringle of Scotland.

During her senior year at Pennsylvania, Lara earned the title of All-American Athlete. Lastly, she graduated in Broadcast Journalism in 1991.

Right after graduation, Lara Spencer began assisting various NBC reporters to gain valuable experiences. After that, she joined Chattanooga, Tennessee-based CBS affiliate WDEF-TV. What’s more, she worked in multiple positions such as reporter, producer, cameraperson, editor and even news-van driver. And this got her named as the “one-man-band” at the station.

Then, her work station was News 12 Long Island for the next two years, until she left to anchor a 3 am newscast on WABC-TV.  During her stint with WABC-TV, she covered the death of Princess Diana and the TWA Flight 800 crash. It is considered the turning point of her career.

In 1999, she joined Good Morning America as a national correspondent and remained there till 2004. From 2004 to 2011, she hosted CBS News’ entertainment newsmagazine The Insider and was also a regular contributor to The Early Show.

Lara returned to GMA in 2011 as a lifestyle anchor. And later, she received the promotion to regular co-anchor in 2014.

Lara Spencer’s love for the antiques and her net worth

Lara Spencer has a life-long passion for interior designing and a love for vintage treasures. She hosted PBS’s Antiques Roadshow from 2004 to 2005 and hosted its sister series Antiques Roadshow FYI in 2005. What’s more, Spencer currently owns a roughly calculated net worth of $20 million as of 2022.

Things to know about GMA Robin Roberts | Net worth, Salary and more

Currently, she hosts another flea market-themed show titled Flea Market Flip, of which she is also an executive producer. The show airs both on the Great American Country channel and HGTV. She released her second book, Flea Market Fabulous: Designing Gorgeous Rooms with Vintage Treasures, in 2014.

Lara’s son, Duff, from her previous marriage walked her down the aisle. All five of the pair’s combined children gave beautiful readings at the ceremony.

Spencer wore an Adam Zohar wedding gown on her special day. On Saturday, the couple exchanged wedding vows in Vail, Colorado, in front of 135 friends and family members.

The pair was first set on a blind date by a mutual friend two years back. After dating for a couple of years, the MarketAxess CEO, who is also a father to three daughters from her previous relationship, proposed to Lara in January.

Lara was married for a long time to David Haffenreffer, a real estate broker, and a journalist. They announced their separation in March 2015 and got divorced three months later. The couple stated that the split was amicable and they would raise their kids together.

It seems like Lara has been in a relationship with a Wall Street financier Rick McVey for about a year. The two were spotted together on a dinner date at famous Lure restaurant in New York City in January 2017. But, neither of them has publicly commented on their relationship status.