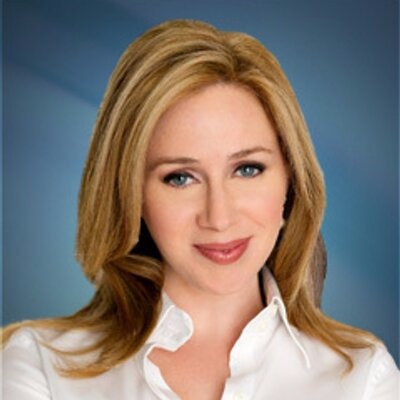 Becky Quick is a journalist working for CNBC. Moreover, she covers the financial news on Squawk Box and On the Money. Furthermore, Quick earns a massive annual salary!

Aside from a successful career, Becky also leads a beautiful married life. However, the CNBC reporter did face marital problems in her first wedlock. But now, Quick and her second husband hold a strong marriage and bond.

Becky was born on June 18, 1972, in Gary, Indiana. She traveled to various states like Ohio, Indiana, Oklahoma, and Texas during childhood before settling in Medford, New Jersey. Hence, Quick holds an American nationality.

Becky was born to a geologist father and his wife. However, the names of her, Quick, parents remain hidden. And similar to her parentage, it remains a mystery if she does have siblings or not. Moreover, the CNBC reporter comes from a White heritage.

She attended Rutgers University in Camden, New Jersey, and graduated with a degree in Political Science in 1993. She served as the editor-in-chief of the college students’ newspaper The Daily Targum, for which the Journalism Resources Institute at Rutgers awarded her the Times Mirror Fellowship.

Becky Quick receives a salary of $700 thousand annually. And currently, Quick owns an approximated net worth of $4 million to date. Before joining CNBC, Quick served The Wall Street Journal; she covered retail and e-commerce industry topics.

In April 1996, she helped the paper launch its website and became the site’s International News Editor. She worked for The Wall Street Journal for seven years before leaving it in February 2001 to join CNBC.

Becky became the co-host of Squawk Box in 2005. She has been co-hosting the program alongside Joe Kernen and Andrew Ross Sorkin. She has been hosting On the Money since November 2013.

Over her time at CNBC, Quick has interviewed some powerful and influential investors and brokers such as Bill Gates, Warren Buffett, T. Boone Pickens, Charlie Munger, Alan Greenspan, Jamie Dimon, and more. She has also interviewed three presidents of the USA and has co-moderated a Republican Presidential debate in October 2015.

Becky Quick married a computer programmer Peter Shay in the past. However, her wedlock with Shay did not go as the former couple hoped. And so, Peter and Becky later finalized their divorce. But, the date of their, Quick and Shay’s separation remains hidden for now.

After their marriage ended in a divorce, Quick married Matthew “Matt” Quayle in 2008. He is the co-creator and executive producer of Squawk Box and Squawk on the Street. Matt is also a graduate of Rutgers University.

Becky, who has no children from her first husband, has two children from Matthew. Their first baby, Kyle Nathaniel Quayle, was born on August 16, 2011. Five years later, in October 2016, she gave birth to a daughter whom they’ve named Kyle Noel Quayle. Matt has two daughters – Kimiko and Natalie – from his first marriage.

Becky Quick got back her hot body measurements quickly after the childbirth.