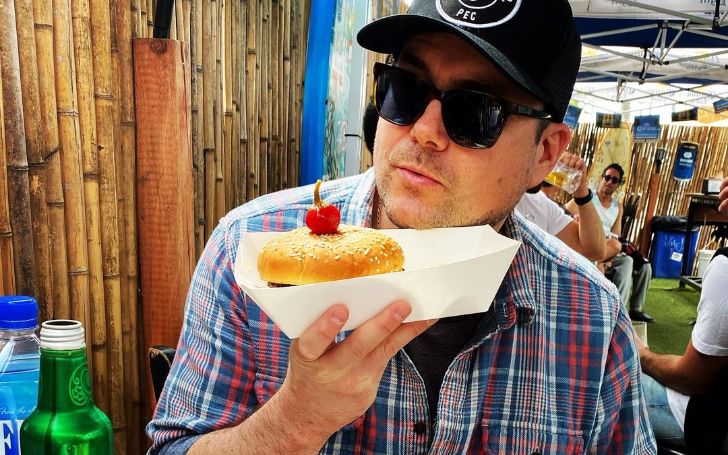 Kristian Bruun is a well-known actor and producer from Canada. He originally belongs from Toronto, Ontario, Canada, where he grew up. Bruun keeps his personal life away from the limelight despite thriving in the spotlight.

The actor is mostly known for his recurring roles in the Orphan Black and Murdoch Mysteries, whereas some of his other famous hits, such as Ready or not, Red Rovers, The Go-Getters, etc., are very popular among his fans.

The Orphan Black actor’s mother’s name is Hilary Anne Bonnycastle Bruun, and his father’s name is Karl Kristian Bruun. The tall and handsome actor is still single to the present date and hence doesn’t have a girlfriend or a wife.

Talking about the name of Bruun’s siblings, Fredrik Bruun is his brother, whereas Bruun hasn’t shared other detailed information about his family and relatives on the internet. Maybe he wants to keep his private matter away from his fans.

The early life of Kristian Bruun

Kristian Bruun was born in Toronto, Canada, to his family. His full name is Charles Kristian Bonnycastle Bruun. Furthermore, Bruun’s early life remains rather reclusive to the world. However, here’s a bit of Kristian’s life down below!

The actor has both Canadian and Finnish nationality, and his ancestors belong to Norwegian, Swedish, English and Irish ethnicity. What’s more, Kristian holds dual nationality from Canada and Finland. Moreover, the talented actor grew up in Toronto, Ontario. Additionally, Bruun grew up alongside a sibling.

Bruun went to Valley Forge Military Academy for his education from 1994 to 1997 and later graduated from Queen’s University in 2001. Bruun focused his BA studies major on drama. On the way toward his dreams of becoming a famous actor, he also took classes at George Brown Theatre School along with David Rotenberg.

Although Kristian Bruun loves sharing his day-to-day life on social media, he remains adamant about keeping his lovelife hidden. And so, many of the online sources state that Bruun is single as of 2022.

Moreover, in all of Kristian’s posts on IG, no wedding ring is spotted on the man’s finger. What’s more, the Departure star keeps his past relationships hidden. And so, the names of his ex-girlfriends remain unknown.

Bruun leads a single life. Moreover, the talented actor, Kristian, lives with his pet dog. And Bruun loves to share pictures with dogs on his Instagram account.

His Twitter account crosses 32.1K followers, and he has more than 13.1K tweets. We can notice from his social accounts that he is a celebrity full of life.

What is the Net Worth of Kristian Bruun?

The Night Cries actor, Kristian Bruun, has an approximate net worth of $1.5 Million. Furthermore, Bruun makes his living from acting, which is also the prime source of his income.

Moreover, he seems to have a very luxurious lifestyle with many earnings. More information regarding his house, cars, and total assets will be updated soon.

The famed actor stepped first into his first screenplay in the character of a Bartender in the movie Good Morning Tomorrow in the year 2003. After that, he geared up his career with the lead officer role in Nikita, Stu in Blood Pressure and Alec in Play the Film.

Kristian had also played in Murdoch Mysteries with Daniel Maslany as Constable Slugger Jackson from 2012 to 2017. He came into prominence with his role as Donnie Hendrix in the Award Winning Science Friction Movie, The Orphan Black.

Additionally, Bruun has acted in many other short films, TV series and Web Series. He has also appeared on several big screens.