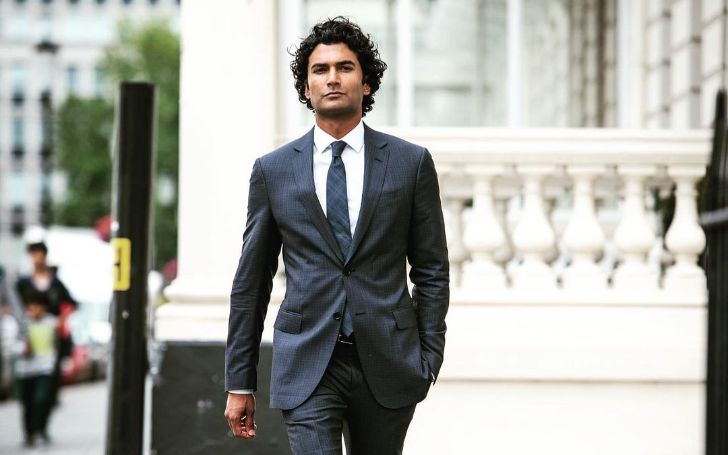 Sendhil Ramamurthy is an Indian-American actor. He is famous for his role in Heroes as Mohinder Suresh. Furthermore, Ramamurthy has appeared in various TV shows and movies.

The actor has played in various Hollywood and Bollywood movies. Ramamitthy appeared in the Bollywood movie Shor in the City as Abhay. Furthermore, he plays the role of Asher Pyne in Good Sam.

How old is Sendhil Ramamurthy?

Sendhil was born to a Kannadigan father and a Tamilian mother. In addition, both his parents are Physicians. Ramamurthy was born in Chicago and grew up speaking English and a little Kannada.

Ramamurthy and his sister were raised in San Antonio. He graduated high school in 1991 from Keystone School. Besides, he attended Tufts University as a pre-med major.

Is Sendhil Ramamurthy in a relationship?

Sendhil Ramamurthy is married to actress Olga Sosnowska. The pair met while studying drama in London. Ramamurthy played Orlando and Sosnowska played Rosalind in Shakespeare’s As You Like it and fell in love.

Ramamurthy was broke and living with his parents, but he still wanted to propose to Olga. Hence, Sosnowska bought an antique Victorian ring and asked Sendhil to marry him. The actor fondly recalls his wife later giving him the bill so he could pay her back for the ring.

The couple tied the knot in 1999. Sendhil and Olga welcomed two children, daughter Halina (2005) and son Alek (2008). Besides, the actor’s family currently lives in New York.

As of 2022, Sendhil Ramamurthy’s net worth is between $500,000 to $1 million. Ramamurthy makes his primary income as an actor. In addition, he has appeared in both Hollywood and Bollywood.

In 2021, Sendhil signed for Lovers, returning to Bollywood after ten years. The actor is well known for appearing in Never Have I Ever as Mohan. In addition, he was studying to be a doctor but chose to become an actor.

How rich is Omar Maskati?

Ramamurthy is happily married and lives with his family. However, Sendhil is still working on growing his career. Fans hope to see the actor achieve great success.

Sendhil Ramamurthy is active on Instagram and Twitter. In addition, both of his socials are verified. Besides, the actor constantly updates his socials.