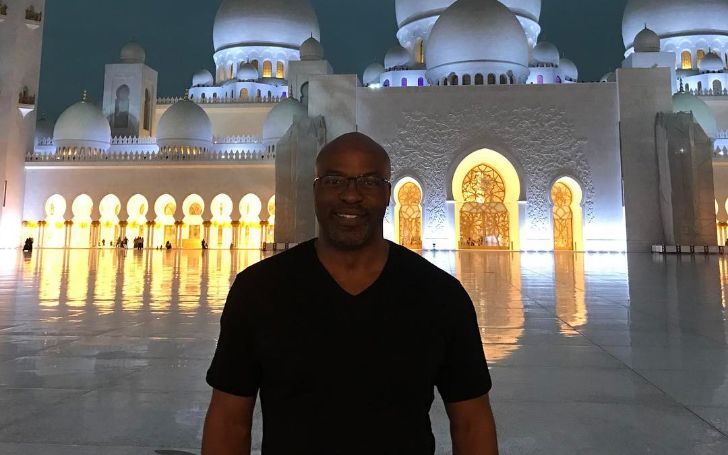 Evan Parke came to fame as an actor who started with All My Children, the TV series. After his debut, Parke played many roles on small and silver screens. What’s more, Evan attended an Ivy League college!

Despite his 20 long years in the industry, the Jamaican actor, Evan, remains rather elusive. Moreover, Parke keeps his personal life away from the limelight and his fans. Besides, here’s what we could dig up on the Good Sam Actor so far!

How old is Evan Parke? Age and Bio

Evan likes to keep his past away from the spotlight, as we mentioned before. However, the name of his late mother is Vena Rebecca Parke. But, his dad remains hidden from the spotlight. And his parents named him Evan Dexter O’Neal Parke.

How old is Omar Maskati?

What’s more, Evan holds a BA in Economics from Cornell University. Likewise, he later gained MFA and MDIV from Yale University. And during his college days at Cornell, Parke was part of the Kappa Alpha Psi fraternity. Moreover, the 54-year-old Parke became a said fraternity member in 1989.

How tall is Evan from Good Sam?

Besides his good looks and talent as an actor, Good Sam stands at an impressive height. In fact, Parke stands at six feet and three inches. However, Parke keeps his weight hidden from the public.

How Rich is Evan Parke?

Evan Parke, the actor, amassed a massive fortune. And so, it suffices to say that Parke is a wealthy man. Moreover, as of 2022, Evan holds an estimated net worth of $5 million.

Given his fame and fortune, Parke leads his life in comfort. However, the actor keeps all of his assets hidden from the media. Similarly, Evan shares his work and only his work on his Instagram account.

Despite his long career in the industry, Evan’s online presence remains small. Moreover, he mostly posts about his work and project on IG. Likewise, only a couple of thousands follow the talented actor on social media sites.

Evan Parke started his career in 1997 in the TV show All my Children. Likewise, he later gained a major push in 1999 in the series As the World Turns. Furthermore, Parke made his movie debut in The Replacements in 2000.

And the following years, Parke started making his presence felt in the industry. Besides appearing in Planet of the Apes in 2001, he also played Charlie Bernard in Alias from 2001 to 2002.

As of 2022, Evan appeared in the TV show Good Sam and The First Lady. Furthermore, on both of the shows, his characters are series regulars. Additionally, Parke landed a minor role as Rico in Beyond the Badge.

The lack of info on Evan Parke’s relationship status still eludes the media. Furthermore, many of Evan’s fans concluded him to be single. What’s more, Parke keeps his professional life and love life away from each other.

We can find no wedding ring on Mr. Evan’s finger. And so, we assume Parke isn’t married just yet. Moreover, the Good Sam actor refrains from sharing anything close to his personal life on social media.

What about in his past? Did Evan marry a wife in secret? Well, Parke keeps all of his past affairs hidden from the world. And so, it remains a mystery if or not the talented actor tied the knot in the past. Moreover, all of his ex-girlfriends’ names remain hidden as well.