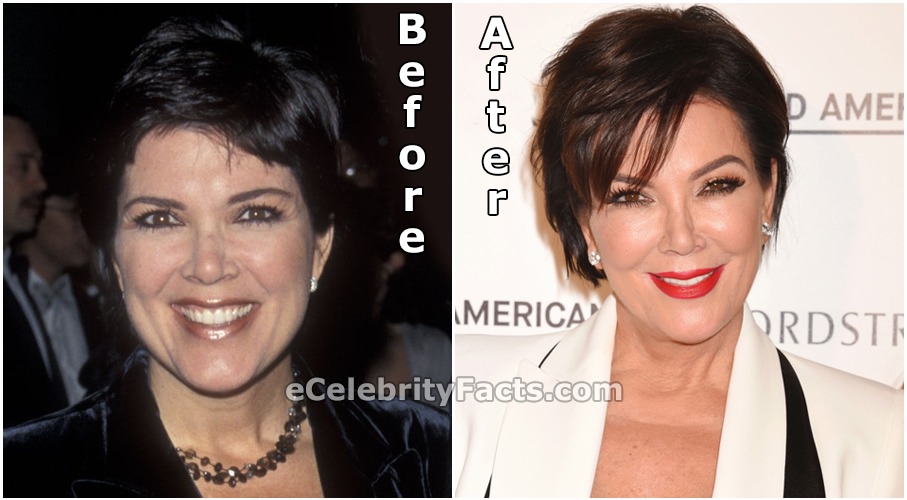 It is no secret that Kris Jenner has had lots of work done to her face. Let’s find out what she has done for such an extreme transformation.

The Kardashian clan has always been outspoken about their love for cosmetic surgeries. The 61-year-old reality star has admitted to her facelift in an episode of Keeping Up With The Kardashians. Also, she has also openly talked about age defying treatments like Botox, fillers and lasers and breast augmentation.

What’s fascinating about her is that her face is gradually changing since she rose to fame. She has gone under the knife so many times that have caused an irreparable damage to her face. Reportedly her pinched nose is beyond repair because she has had it nipped and tweaked way too many times.

Though fans have been her fan for being a brain behind The Kardashian family reality series, they are certainly not happy with her fuller face and plumper pout. It’s reported that she has spent $70,000 in whole procedures.

Khloe Kardashian dropped a major hint on her pregnancy