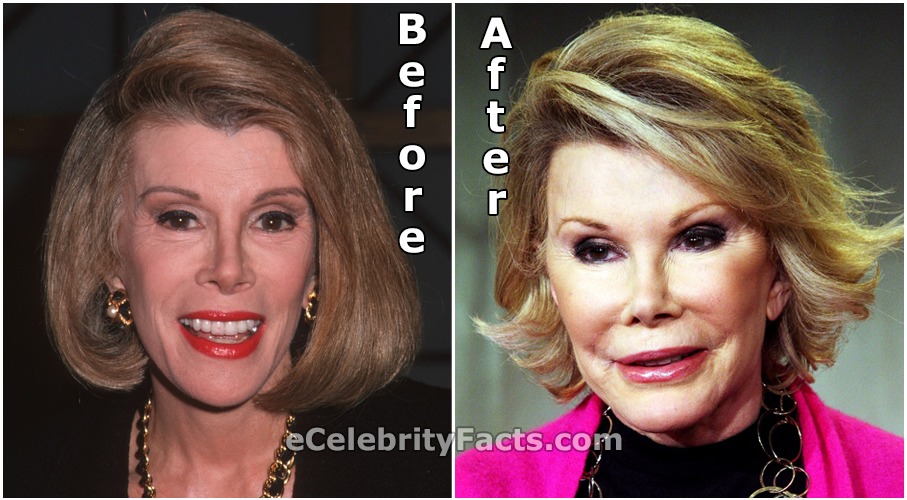 Comedy veteran Joan Rivers underwent extensive plastic surgeries during her lifetime. The late actress had been outspoken about the multiple procedures she had had.

In her book Men are Stupid…And They Like Big Boobs: A Woman’s Guide to Beauty Through Plastic Surgery released in 2008, she revealed all about her cosmetic surgeries. She wrote about her breast augmentation, face lift, neck lift and a nose job.

Rivers, who died at the age of 81, didn’t give up on her attempt of looking younger till her death. Perhaps, she used anti-ageing fillers as she looked wrinkles free. One of the lines in her book reads, “Looking good equals feeling good…I’d rather look younger and feel happy than look older and be depressed.”

Many people say her work has been overdone and has been considered as one of the celebrity plastic surgery disasters. Whole procedures cost her about $99,000.