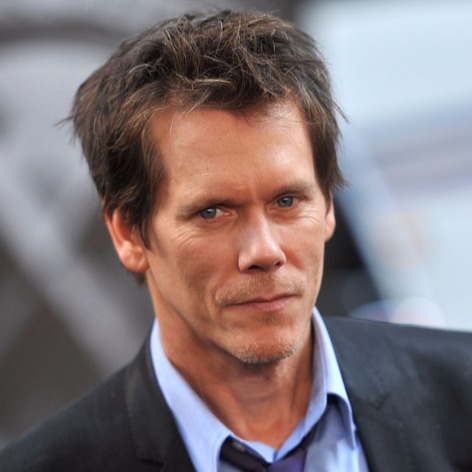 His contributions to the acting world have helped him bag several nominations and awards as well. Most notably, he has been honored with one Golden Globe Award and two Actors Guild Awards. Bacon has also earned several nominations in his career which includes Primetime Emmy Award and Academy Award for the title of Best Actor.

For his exceptional journey in the movie and TV industry, he was felicitated with the Hollywood Walk of Fame star in 2003.

Kevin Bacon is also a musician who formed a band by teaming up with his brother. The band is entitled The Bacon Brothers and they have released six albums till date.

Successful in every professional field he has stepped in, Kevin is also enjoying an equally successful family life.Married to Kyra Sedgwick for a long time, Kevin Bacon and wifehave kept chances of divorce at bay.

58 years age actor, Kevin is an ideal husband and father

Kevin Bacon is happily married to Kyra Sedgwick since 1988. He met his future wife Kyra for the first time on the set of Lemon Sky. Starting to date each other shortly after the meeting, they tied the knot the following year on 4th September1988.Before getting romantically linked with actress Kyra Sedgwick, he was dating actress Tracy Pollan.

Kevin and his wife have appeared together on several other projects like Pyrates, The Woodsman, Murder in the First and Loverboy.

Dashing actor, Kevin Bacon is currently residing in New York City with his wife and 2 children. He has a son named Travis Bacon born on June 23, 1989, and a daughter Sosie Bacon born on March 15, 1992.

Kevin Norwood Bacon, famous as Kevin Bacon, has won the hearts of thousands of fans by showing off his praiseworthy talent through appearing in several hit movies.

He was born to Ruth Hilda and Edmund Norwood Bacon on July 8, 1958, in Philadelphia, Pennsylvania, U.S. He is an American citizen by birth and belongs to thewhite ethnical group. His father Edmund was a renowned architect who had served as an Executive Director of Philadelphia City Planning Commission.