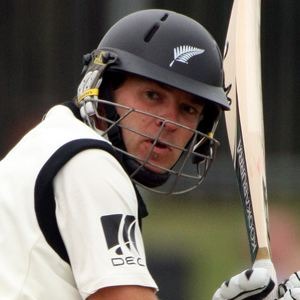 Tim McIntosh is one of the greatest batsmen to have represented the New Zealand national team. The powerful batsman spent 3 years with the national team and in his time he scored 854 runs in total averaging 27.54 runs.

He was born on 4th December 1979. Apart from the national team, he played for Auckland Aces and Canterbury Wizards. Not only his home country clubs he has also been a part of major clubs around the world which includes Greenock ( Scotland) and Sleaford (England). In his career of over 15 years, he played a total of 184 matches scoring 8714 runs in the process.

The 37-year-old decided to retire at the end of 2013/2014 season. Despite failing to make an impact as he would have liked in the national team, McIntosh remains proud as he still poses one of the best conversion rates in first-class cricket history.