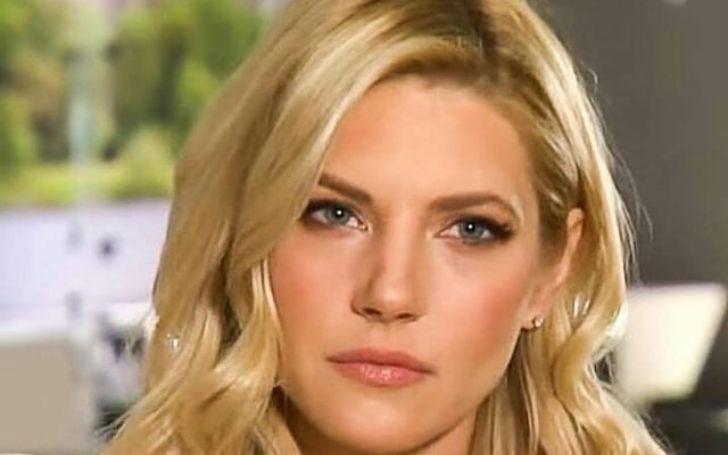 Katheryn Winnick is a Canadian film and television actress well-known for her role as warrior Lagertha in the Emmy award-winning television series “Vikings.” She is also famous for her performance in numerous TV shows such as Bones, Student Bodies, and movies like Biohazardous and Going the Distance, among others.

Moreover, Viking’s dominating star, Katheryn, was nominated for multiple prestigious awards for her incredible performances in the ‘Vikings.’ Aren’t you curious to know more about her in detail? Well, don’t worry! Just scroll down and read more about this conscientious and energetic personality.

Who is Katheryn Winnick?

Katheryn was born in the year 1977 in Etobicoke, Ontario. She celebrates her birthday on December 17. Katheryn rose to stardom after acting in the male-dominant show by portraying the character ‘Lagertha’ in the famous TV series “Vikings.”

The actress is of Ukrainian origin, and her real name is Katerina Vinitsky. Katheryn is the daughter of Roman and Lesia Winnick. She has three siblings. Winnick’s brother’s names are Adam Winnick, an army officer, and Markjan Winnick, an actor. She also has a sister named Daria Winnick.

Talking about the body measurements, Katheryn stands at 5 feet 6 inches. Her weight is 56 kg, and she has bra, waist, and hip sizes of 34-24-34 inches, respectively. Moreover, Katheryn’s hair color is blonde, and Winnick has bluish eye color. She belongs of Canadian nationality and Ukrainian ethnicity. Also, her zodiac sign is Sagittarius.

Winnick was born into a large family in Etobicoke, Ontario. She spoke exclusively in Ukrainian, learning English only for the first class. As Katheryn’s parents were average Canadians from lower-middle-class families, they couldn’t afford their children’s high education in reputed schools and colleges. However, she graduated from York University.

As it is said, with natural talent and dedication, one will make its way from the beginning. Likewise, she was one of the best Girl Scouts in her school and also started practicing martial arts career only at the age of seven and received her black belt in martial arts at age 13. In addition, Winnick received a well-deserved silver medal during the Canadian Taekwondo Championship. Winnick owns a few martial arts schools as well.

Katheryn Winnick first appeared in the recurring role in Holly Benson’s Drama Student Bodies in 1999. Since then, she has continuously appeared in several movies and television shows. Winnick has appeared in the films and shows like Biohazardous, Two Weeks’ Notice, Oz, Wild Card, and 10-8: Officers on Duty in the consecutive years after her debut.

By popularity, Katheryn’s top 10 movies and TV shows are Criminal Minds, Vikings, Bones, House, Law and Order, CSI, The Marksman, Person of Interest, Big Sky, and Oz. In the film industry, she is recognized as one of the career-focused, hard-working and dedicated actresses.

There is no doubt that she has won many hearts of people through her performances. Moreover, not only our hearts, Katheryn has won awards and nominations. In 2012, Winnick won the Beverly Hills Film Festival award as The Best Actress. Furthermore, she was the nominee for Canadian Screen Award (2014), Women’s Image Network Awards (2014), Critics Choice Television Awards (2015), and Golden Maple Awards (2015).

The Viking star Winnick prefers to keep her love life only to herself. Nevertheless, she was in a relationship with Nick Loeb, a renowned American Businessman also ex-fiancé of actress Sofia Vergara back in 2015.

The two amusing personalities were spotted several times together and once spotted enjoying a date night in Los Angeles on January 16, 2015. However, after a few months, the couple separated two, but they didn’t give the exact reason for their split.

Katheryn Winnick is still unmarried in real life. Many want to make her their dream queen, but she is more career-focused and has no time for affairs or relationships.

Katheryn is a very prominent actress. She has played in numerous TV shows and movies, her income source. Winnick has spent more than a decade in the film industry. Most importantly, Vikings contributed significant revenue for this beautiful actress.

As of August 2021, Winnick’s net worth of $1 million per estimation. Till now, she has made her money only through an acting career. We can see Winnick in more shows and movies with dedication and diligence.