Skip to content
Home » Entertainment » Kate Fagan & girlfriend Kathryn Budig are still together! Know about her coming out journey

Kate Fagan & girlfriend Kathryn Budig are still together! Know about her coming out journey 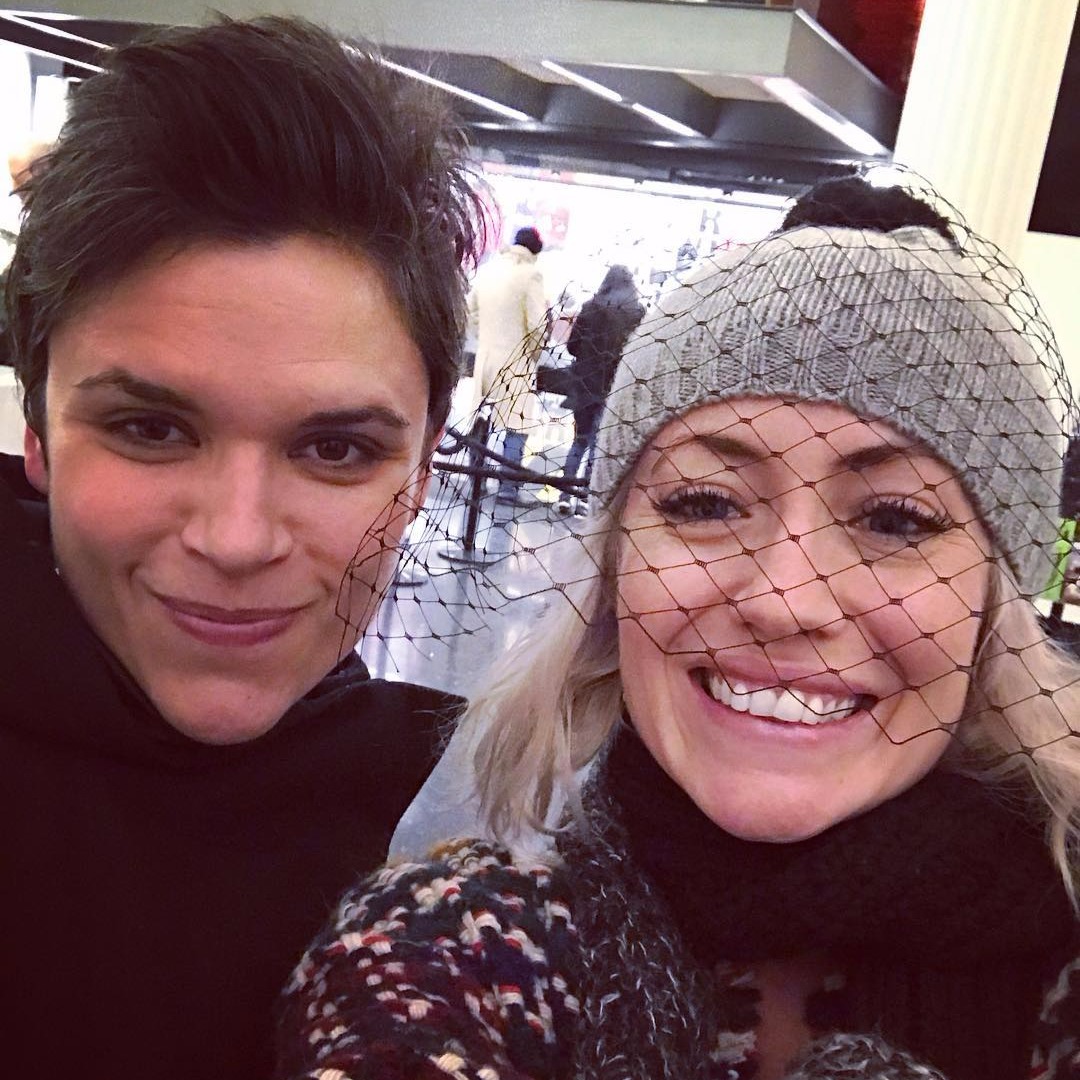 Kate Fagan and her girlfriend Kathryn Budig are still together and more in love than ever! The lesbian couple has been dating since mid-2016, and they presently host their podcast called Free Cookies on ESPN.

Kate Fagan and her girlfriend Kathryn Budig have a podcast!

Fagan currently hosts her podcast on espnW called Free Cookies. She is joined by her partner Kathryn Budig.

The first episode of Free Cookies was launched on May 3, 2017.

Kathryn Budig is a yogi, author, and certified skydiver. She began dating Kate approximately a year after divorced her husband Bob Crossman, a professional skydiving instructor.

Kate Fagan realized she was gay while in college.

Kate identified her as gay when she was in college, though she was not sure of her feelings at the beginning. Talking to First Person, Kate said:

I kind of had crushes on women, but I couldn’t define it. I didn’t have the language to be like, oh that means I’m gay.

She explained that she was unaware that not everyone felt the same way. Kate added, “It wasn’t until I got to college and met a woman who identified as gay and I could no longer convince myself that all women felt that way when they met new, interesting people.”

However, it took her quite some time to come out, mostly because she was afraid of God. Also, her college team was conservative as it had a lot of believers who were active in their faiths. She finally decided to come out. And, here she stands today as one of the most liked gay personalities in the television industry.

Fagan wrote about her coming out in her book.

Kate has shared her experiences figuring out her identity and the difficulties she faced while coming out in her book The Reappearing Act: Coming Out as Gay on a College Basketball Team Led by Born-Again Christians. The memoir was published by Skyhorse Publishing and was released on 6 May 2014.

Her next book, What Made Maddy Run, will be released in 2017. It is about Madison Holleran, an athlete who committed suicide in 2014,

Kate, who once thought that being gay was unacceptable in the eyes of God, now says that people must come out. Especially focusing on athletes, she said:

I want people, I want athletes to come out, of course, because I think it’s going to make it easier for young kids who identify as gay to believe that they can be the kind of athlete that they want.