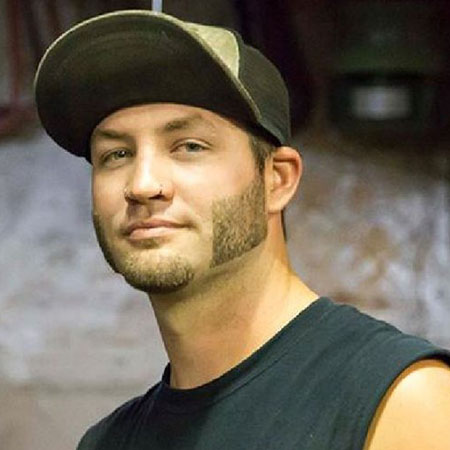 Justin Kramer is a reality TV star and an automotive fabricator, best known as a cast of the Discovery reality series, Vegas Rat Rods.

He became interested in welding at 13, as soon as he found out his grandmother’s stick welder.

He is an ex-brother-in-law to Welder Up owner and ‘Vegas Rat Rods’ star, Steve Darnell.

He is the youngest member on the show. But, that does not stop him from coming with new and innovative ideas.

The show focuses on Welder Up crew rebuilding and customizing the rat rods, similar to the hot rods, built in the 40’s, 50’s and early 60’s.

Dubbed as a “master welder,” he welds every type of metal and designs and builds the suspension and chassis.

He married Samantha Kramer in April 2016. The adorable couple is blessed with three daughters.