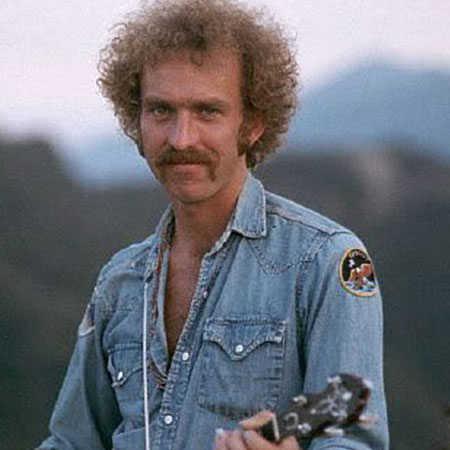 Bernie Leadon is best known as one of the original founding members of an American rock band, Eagles.

He was born on July 19, 1947, in Minneapolis, Minnesota, to Dr. Bernard Leadon Jr. and Ann Teresa Leadon as one of their ten children.

After his family moved to San Diego, he got a chance to meet The Scottsville Squirrel Barkers musicians, Ed Douglas and Larry Murray.

With one of their members leaving the group, Leadon was later asked to join them.

He was then part of three bands, Hearts & Flowers, Dillard & Clark and The Flying Burrito Brothers.

However, Lendon gained major recognition only after he joined Eagles in 1971.

He co-wrote hit songs such as ‘Earlybird,’ ‘Train Leaves Here This Morning,’ ‘Bitter Creek,’ ‘My Man,’ ‘Journey of the Sorcerer’ and ‘Witchy Woman’ for Eagles.

In addition to that, he played guitar, acoustic, banjo, mandolin and pedal steel guitar, among others.

He ultimately quit the band in 1975 but has toured with them occasionally as a part of their ‘History of the Eagles’ tour.

Following his departure from Eagles, he released his debut solo album, Natural Progressions, on June 15, 1977.

He previously dated the daughter of former the US president, Ronald Reagan. He is a divorced man with a son.

From his years of career in the music industry, he has accumulated a net worth of $10 million.