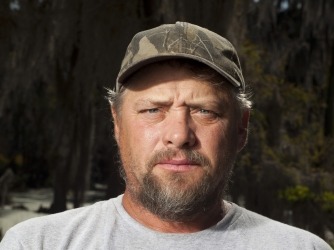 Junior Edwards is a reality star known for appearing on ‘Swamp People’ along with his son, Willie, hunting in Bayou Sorrel, Louisiana.

The go-to man for his team, he is an eye-catching alligator hunter blessed with immense skills.

Here we have covered some interesting aspects of the veteran hunter that might have gone unnoted before.

Though Junior left us the impression he could not stand Willie and his work while they were filming the show together, it was not the case.

The father and son are much closer. Willi never spoke bad about his father, and he knew why his father was strict on him.

Fired from the show

An original member of the show, Junior, and his son worked side by side until Junior was axed just before the show’s 7th season premiere.

As of now, Willie is still with the show, carrying the family’s tradition forward.

Why was he fired?

When Junior first went missing on ‘Swamp People,’ it was rumored that he left the show after he did not receive raise on his salary

He was not happy with the lie that was spreading. He later dismissed the claim, showing up on multiple TV interviews.

Even Junior seems confused as to why he was not given the nod, despite being one of the fan-favorites.

As a professional fisherman, even when he was affiliated with ‘Swamp People’, it did not bother him if the hunting season was coming to its end.

He still gets back to fishing as soon as the hunting season sees its end.