Skip to content
Home » Entertainment » What is Comedian Judah Friedlander’s Net Worth in 2018?

What is Comedian Judah Friedlander’s Net Worth in 2018? 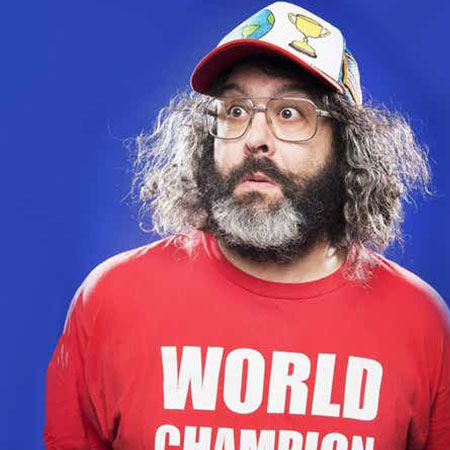 He is noted for his unique unkempt look, which includes his trucker hat with the slogan “world champion” on it & his oversized glasses.

He was born to parents Shirley and Art Friedlander on March 16, 1969, in Gaithersburg, Maryland.

He tried stand-up comedy for the first time while he was in the New York University at age nineteen.

He performed stand up comedy several nights in a week in New York City while he appeared on NBC’s 30 Rock.

Judah claims, he is a karate expert with an “extra-dark black belt.”

He authored a book, How to Beat Up Anybody: An Instructional and Inspirational Karate Book by the World Champion in 2010.

He is famous as the hug guy in the music video of Dave Matthews Band’s 2001 single release, Every day.

His first significant role in television was as Frank Rossitano in NBC sitcom, 30 Rock, which for seven seasons ran from October 2006 to January 2013.

His portrayal as Toby Radloff in 2003 biopic, American Splendor was deemed “unforgettable.”

His special stand-up movie, Judah Friedlander: America is the Greatest Country in the United States was released in 2017.

He has been busy with his comedy tour nights mostly in association with Comedy Cellars and The Standing Room.

His next tour is with Comedy Cellars on 5th March starting 8pm; ticket bookings are available now.

Friedlander, who prefers living in NYC is quite secretive when it comes to his family life.