Who is Gas Monkey Garage’s Mike Coy’s Girlfriend in 2018? 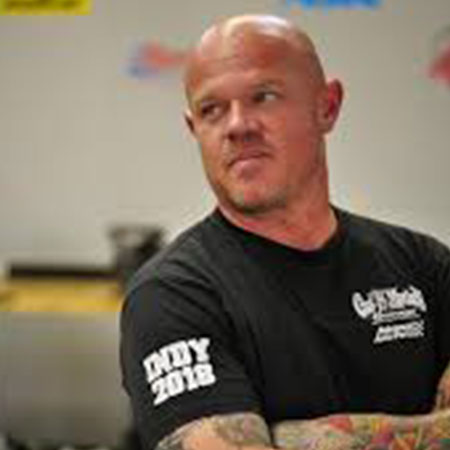 Mike Coy is a painter who is best known as the employee of Gas Monkey Garage.

He has been handling the painting jobs at GMG since 2013.

He also works in the body projects in the Richard Rawlings’ shop.

Mike has been interested in painting since his early childhood.

He credits his awesome painting skills to his life-long friend, Pat Fleischman.

He has been dating a cosmetologist and a dog lover, Taylor Barnes since June 2017.

He was previously married to a boutique owner, Shanna Hobbs. They were married from 2008 to 2016.

They share two children, a son and a daughter from their marriage.

Apart from his job as a painter, he loves bikes and goes for a spin once in a while.