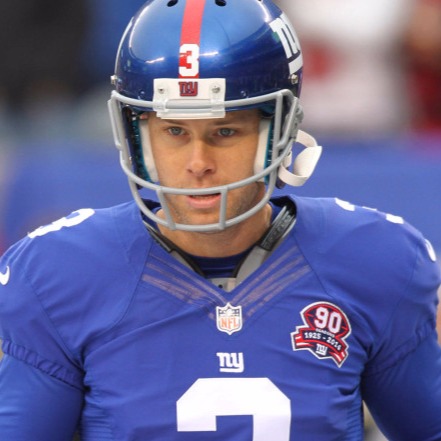 Josh Brown, a New York Giants kicker has admitted to domestic violence against his wife. And the police documents were released on Wednesday. The NFL player has some explaining to do now.

The NFL suspended Brown for only one game in August, despite its supposedly get-tough-on-abuse policy requiring a six-game ban for the first time offenders. Giants went out of the way to protect him afterward.

Brown’s confessions in the form of letters & emails were the part of the evidence that was released in an investigation in Washington after he was arrested in May 2015. Brown’s wife Molly was provided King County police with written proof when she made a 911 call.

Brown was initially charged with assault in domestic violence and the even though the charge was dropped later, his journal entry appeared to offer a charge of guilt – “I have abused my wife”.

In 2015, Molly told police after that her then-husband had violated her numerous times and even on over 20 occasions over the past several years. Josh and Molly have since divorced.

The NFL released a statement on Thursday showing that the league tried several times to get more information from sheriff’s office, all in vain. Now, the league has reopened the investigation, based on the Wednesday’s reveal of the documents.

NFL's statement on new documents in Josh Brown case, including admission that he abused women. pic.twitter.com/4WEYBnUUsq

County Sheriff’s office hadn’t made the documents public before Wednesday night, & the Giants also said that they hadn’t seen them before.

Giants were unaware of Josh Brown's journal entries, emails and letters admitting DV, per a team spokesman. They had not read or heard them

While the Giants are preparing to head to London to play a Week 7 game against the LA Rams, Brown’s revealed the dark side of himself as in journal entry, he wrote that he’d been a “physically, mentally, verbally & emotionally repulsive man.” Brown said through an email, “I had objectified women and never really worried about the pain and hurt I caused them.”

It’s the least. The American football placekicker also opened a door to a man, who’d a history of abuse and treated his wife as a ‘slave’. He said, “I viewed myself as God basically and she was my slave”.

Even, Brown blamed his actions of being abused at the age of 6. He wrote, “I have been a liar for most of my life. I made selfish decisions to use and abuse women starting at the age of 7 to fill this void. I objectified women and never really worried about the pain and hurt I caused them. My ability to connect emotionally with other people was zero. My empathy levels were zero.”

The NFL previously justified the sentence because the league said in August “insufficient information to corroborate prior allegations”. However, all they needed was Brown’s words. It’s not known how much was revealed to the NFL and the Giants about his role in domestic violence by the Brown himself.

The Giants left for London on Thursday night without Josh Brown.