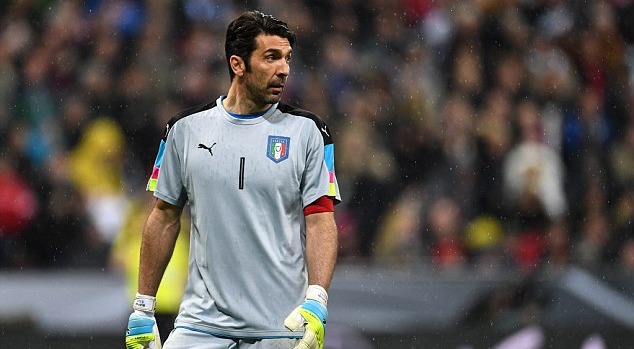 Italian National team skipper Gianluigi Buffon believes the flow and influence of Chinese money in the Italian League, the Serie A, is the death of the Italian football.

Speaking about the influence of the Chinese money in Serie A, the legendary goalkeeper said, “It is the defeat of Italian Football of Italy as a country, of the traditions, of everything. But we have what we deserve, we are fickle, without a rooted sense of belonging and history has always demonstrated that”.

Chinese President, Xi Jinping, is looking to expand the country’s presence in sports. Following the statement, some major Chinese companies have hit the bull’s eye with major deals across various leagues in Europe.

AC Milan and Inter Milan are two of the most decorated teams in Italy and two most respected names in the world. But in the last few years, both Milan clubs have faced lows like they have never faced before.

AC Milan, who on their illustrious history has accumulated 7 Champions League title, have now failed to qualify for the Champions leagues for three consecutive years. AC Milan has also not managed to put their hands on the domestic league title for 5 years now.

IN the other hand their City rivals Inter are also suffering from their poor performances in the Italian league. Inter last won the league in 2009-2010 season when current Manchester United manager Jose Mourinho led them to a famous treble. Since then the club has failed to register a single title win and have failed to qualify for the Champions league for past five years.

Buffon, now 38, is likely to retire after the 2018 World Cup in Russia is likely to continue his romance with the national team as he seeks to someday coach the Italian National. He, however, seems less interested in managing a club as he thinks it would take up too much time.

It definitely would be a fantastic moment for the Italian football and its fans to see their nations hero on many occasion, coaching the Italian national team .