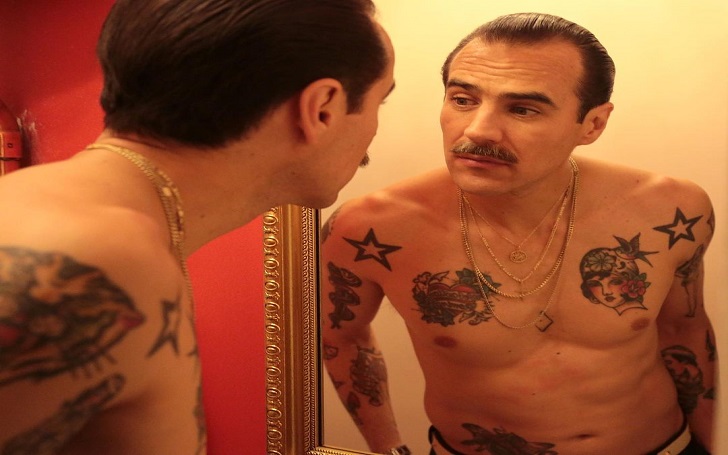 Jorge Poza is a Mexican actor and television host. He is well-known for Ringo, la pelea de su Vida (2019), Alma de Hierro (2008), and The Spring (2001). Furthermore, he also hosted a morning TV show called Hoy, which has been Televisa’s morning show for years.

This Mexican actor is a married man. However, things did not go as planned, so Jorge and his wife ended their wedlock. Learn about his ex-wife in the article down below.

Who is Jorge Poza? Learn about Age, Family, and Affairs

Jorge Mexican actor Jorge was born on 26th June 1977. He was raised in Tulancingo, Hidalgo, Mexico. His birth name is Jorge Alberto Poza Perez. Likewise, he belongs to Mexican Nationality.

Moreover, he married Mayrin Villanueva in 1997. The couple was blessed with two children, a son Sebastián Poza and a daughter Romina Poza. Later, in 2008, they divorced. Meanwhile, he dated actress Zuria Vega from 2009 to 2012. Later, in 2016 he starts dating actress Ilse Ikeda.

How much is the Net Worth of Jorge Poza?

Jorge has worked in several films and TV films. He is enjoying his luxurious lifestyle with such a fruitful amount in his hometown, Mexico.

Jorge started his career in 1990, from the movie Bandidos. He also cast on television for the first time in 1992 in Mexican Series The Grandpa and Me by Pedro Damian.

On the other hand, he is one of the famous and successful Soap Opera actors. Poza is famous for his TVyNovelas Award-winning performances in the Televisa soaps El Manantial and Alma de Hierro.

Who is Jorge ex-wife Mayrin Villanueva?

The ex-wife of Jorge is a Mexican model who becomes an actress. She was born on 8th October 7970 in Mexico City, Distrito Federal. Likewise, she is also an actress in TV series. She is the nominee for the Best Actress in a Comedy Series. She is one of the most successful Soap Opera Actress.

On the other hand, she married Eduardo Santamarina, in 2009, who is her second husband. The couple is blessed with one child, a daughter Julia Santamarina.

The 44 years old Mexican actor George is active on his social media sites. He has a huge fan following. Firstly, he has 201k followers in his Instagram account.