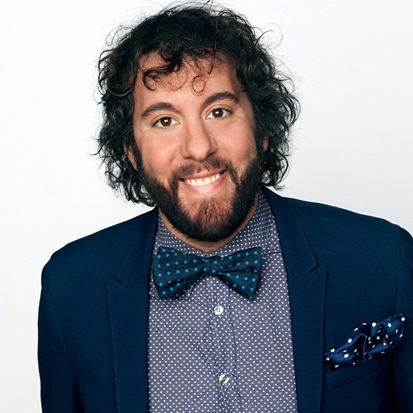 An American actor, impressionist and comedian by profession, Jonathan Kite is well known for his role in the CBS’s comedy show 2 Broke Girls. In the show, he played the part of Oleg Golishevsky, who portrays the role of a Ukranian cook. Kite is also widely engaged in Hollywood movies.

Now 37-year-old, Jonathan Kite was born on 2nd September 1979 in Skokie, Illinois. He went to Old Orchard Junior High School and Niles North High School for his primary education. After the high schooling, he graduated from the University of Illinois with a Bachelor Degree of Fine Arts in Theatre.

During his student life, he was hugely involved in numerous improve groups and performing plays and dramas. Later, he moved to Los Angeles (LA) to pursue his career in his passion for acting.

Upon arrival to LA, he initially worked in a Bee Movie promo with Jerry Seinfeld. It was a great opportunity for him to find a platform for himself in the theatrical world. In 2009, he played the role of antagonist character Bijous Phillips in FOX’s television show Raising Hope.

Kite also wrote and starred his own comedy TV show named The Skokie-Jo and Shappy Show. His independent involvement in the sector got him into the attention of national and international directors and producers.

Nevertheless, he had been a part of Cage Match Competition with iO West Theatre, where teams go head to head performing their improvs. His team had set up a new record with a tremendous winning streak of 52 consecutive wins. The improve group finally retired in 2010.

After the improve, Kite returned to FOX as a cast of the new series called In the Flow with Affion Crockett. Besides acting, he has also been doing some screenwriting. He is yet to finish his first feature film The Walk On.

Jonathan’s parents were David Kite and Lynn Kite. Besides the name of the parents, there isn’t much available about Kite’s family.

He is said to love his privacy. Moreover, he seems to be reserved in sharing his personal life matters. It is also apparent that Kite might be marrying soon, but the name of the lucky woman hasn’t yet been revealed.

An outstanding stand-up comedian, Jonathan has mimicked numerous celebrities like Vince Vaughn, Tom Hanks, Liam Neeson, to name a few popular ones. A gifted impressionist, Jonathan Kite was crowned ‘the funniest person in the world for the next twenty-three and a half hours’ by Chris Hardwick on his show @midnight.