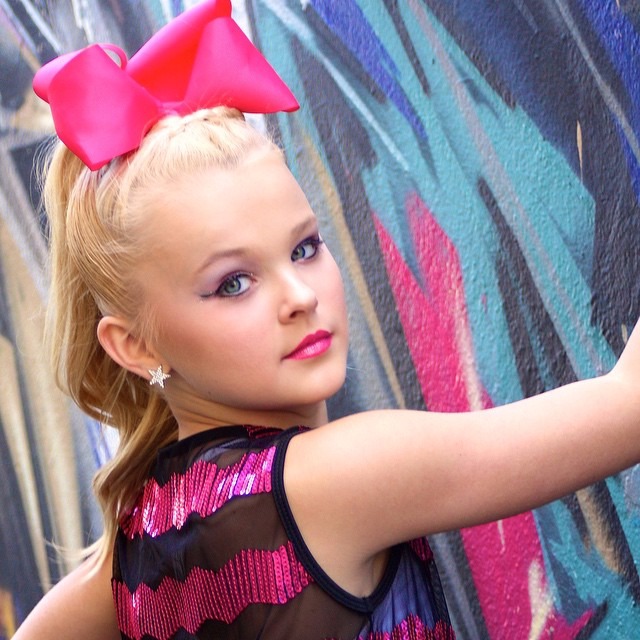 JoJo Siwa is widely recognized as a talented dancer and a television personality. Siwa’s fame rose after ending up on the elite dance team of the show Abby’s Ultimate Dance Competition. Since then, she has been involved in doing television series such as Dance Moms. Besides, Siwa is also a singer.

JoJo Siwa was born in Nebraska and raised in California. She started her dancing since the age of 2. While she is getting home schooled for other academic qualifications, JoJo takes dance lessons from Just Dance Co., in Omaha. Her mother is associated with the Just Dance Co. as well.

In 2013, JoJo Siwa appeared in the television Abby's Ultimate Dance Competition, produced by Abby Lee Miller. Siwa was able to win hearts of millions of people around the world to reach the top 5 finalists of the show. Out of the 10 episodes in the show, Siwa had to return home after the 9th episode. Although she was disappointed for being eliminated after coming so far, Siwa’s performance, as the youngest dancer in the show, was very much appreciated.

Since 2015, JoJo started appearing in the reality television series Dance Moms. It’s a lifetime opportunity for Siwa to gather enough experience to reach something big in the future. Besides the Dance Moms, she has made guest appearances in numerous other television show, for example, Good Day LA, Good Day New York and Make It POP.

On the other side of her glamorous life, Siwa is also a singer. Her single song produced in 2016 was a hit around the world managing to receive more than 85 million views on YouTube. Apart from Boomerang, she has been featured in a couple of music albums and songs such as Big Bows, Turn Up the Track and Princess.

From her early age, JoJo has undoubtedly been able to make a perfect foundation for her foreseeing career.

On May 19, 2003, JoJo was born to her mother Jessalynn Siwa. She also has a brother named Jayden Siwa who is also a dancer. The Siwa siblings were raised by their single mother.

Just 13 this year, JoJo, supposedly, doesn’t have a boyfriend. She rather likes dancing, singing and traveling new places. Reportedly, in the past, she has had some misunderstandings with her co-stars from Dance Moms.

JoJo Siwa was nominated for Dancers Choice Awards Favourite Dancer 17 & Under for two consecutive years of 2015 and 2016. Deservingly, Siwa won the award in 2016.

JoJo Siwa has a whopping number of 3.5 million followers on Instagram.