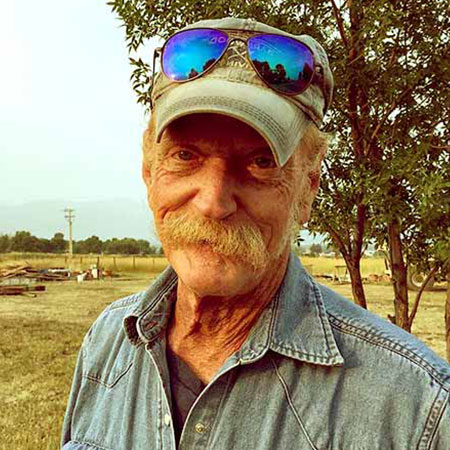 The former Vietnam war veteran, Johnny Jett, is best known for his appearance on the DIY television documentary, Barnwood Builders.

Before fame, Jett worked to maintain the Fleming County water system for 25 years.

In the early ’90s, he moved to West Virginia. The very same decision later turned out to be a doorway to star in ‘Barnwood Builders.’

Initially, he teamed up with Sherman Thompson and started selling the torn-down and decayed log cabins.

In 1998, the trio of Johnny Jett, Sherman Thompson, and Mark Bowe set up a new business called Antique Cabins and Barns.

In the show, Barnwood Builders, he, along with Mark Bowe and team, rebuild and reform America’s ancient cabins and barns.

The TV show about preserving the US history was first aired on November 1, 2013.

As the oldest individual on the show, he is the most experienced when it comes to operating the machines.

Besides, he runs his own website, johnnyjettart.com, which he often uses to interact with followers as well as selling his work online.