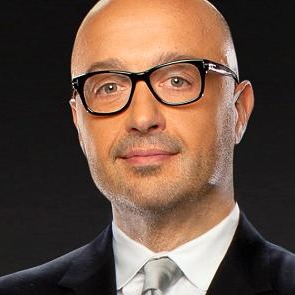 Joseph Joe Bastianich, professionally known as Joe Bastianich is a multifaced figure from America who is a restaurateur, winemaker, author and television personality. He possesses a wide range of restaurant around the globe, along with partners Lidia Bastianich and Mario Batali. Honored by the Outstanding Restaurateur Award by the James Beard Foundation, he is one of the renowned cooking maestros who accomplished huge admirer.

Born on September 17, 1968, in Astoria, Queens, Bastianich grew with his parents in Italian restaurant Felidia in Manhattan.His passion towards cooking emerged from his family background.

After commencing a career in restaurant, Joe spent a year on Wall Street as a bond trader and subsequently he took a trip to Italy. Then after, he turned into the food industry and in the year of 1993, he opened Becco, an Italian restaurant with his mother, Lidia.

Later, he collaborated with Mario Batali to open Babbo Ristorante e Enoteca, another Italian restaurant which is honored by 3 stars from The New York Times. His effort paid off as his restaurant became the first in 40 years to receive the 3 stars.

After Bastianich’s numerous success in the restaurant business, he, along with his partner, opened seven more restaurants in New York, including Lupa, Esca, Casa Mono, Bar Jamon, Otto, Del Posto, and Eataly. Among them, one of his restaurant Del Postowashonoredwith 4 stars from The NewYork Times in 2010.

He has expanded his restaurant chain in Las Vegas, Los Angeles, Singapore, Chicago and Hong Kong, all total 10 restaurants.

Joe’s growing career journey raised him to the TV world, as he became the judge on the American Master Chef, and Master Chef Junior series of Fox channel and American reality show Restaurant Startup on CNBC.

Bastianich is the owner of three huge wineries in Italy, including, Friuli-Venezia Giulia, La Mozza, and Brandini which are established on huge acres of land in different places.

Besides, Joe has co-authored two award-winning books on Italian wine, among which Restaurant Man, became a NewYork Times best seller.

Son of Felice and Lidia Bastianich,Joe is currently living with his wife Deanna Damianoin Greenwich, Connecticut. He shares a daughter Olivia and two sons Miles and Ethan with his beautiful wife.

Joe Bastianich, the emerging entrepreneur has gained huge success from the wide ranges of restaurants. With his cooking, wine making and authoring skills, he has established himself a competitive business person in America.