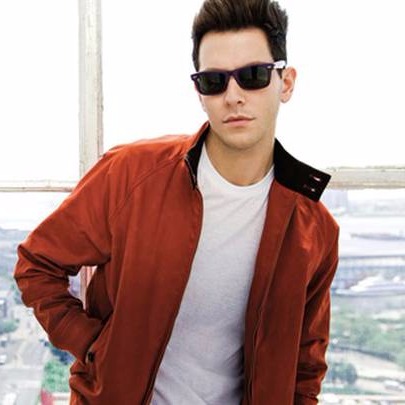 Gabe Saporta, born as Gabriel Eduardo Saporta, is an Uruguayan- American singer and businessman. He is the creator of the dance-pop band Cobra Starship, which was formed in 2006. Since late 2015, he has been helping music artists get recognition with his company, The Artist Group.

Gabe was born on October 11, 1979, in Montevideo, Uruguay. His family is Jewish. His great-grandparents moved to Europe during WWII and when he was 4 years old, his parents settled in New York. He learned about his passion for music at very young age and his love for it increased with time.

After years of struggle to create his pace in music, he joined his first band at the age of 16. He had been linked to music bands during his college time. While he was still at Rutgers University, he had started Midtown, a post-emo rock band. The group released one EP and three LP bands: Forget What You Know, Living Well is the Best Revenge, Save the World and The Sacrifice of Life. Due to facing some legal problems they had to create their second album.

Music wasn’t the only option for him to make a living. Slightly being inclined towards business, he had started his own business during working for albums. After Midtown, he mixed his business sense with music, got an opportunity to record a song for the soundtrack to the movie Snakes On a Plane. Music and soundtracks encircled major part of his career yet his other venture includes restaurants, real estate, and fashion.

Gabe’s father, Diego Saporta, is a physician who moved to the United States in the early 1980s. His father’s determination is an inspiration for Gabe.Gabe married Erin Fetherston in May 2013. His wife, Erin, is a successful fashion designer from San Francisco. Happily married couple, Gabe and Erin welcomed their first born, a baby boy, in February 2016.

Gabe is a member of PETA. Though music has been his passion for a long time, his other businesses keep him in busy. Apart from these, he has also a significant contribution in radio as a show host. Fans can connect with him on his Twitter and Instagram accounts @GabrielSaporta and @gabrielsaporta respectively.