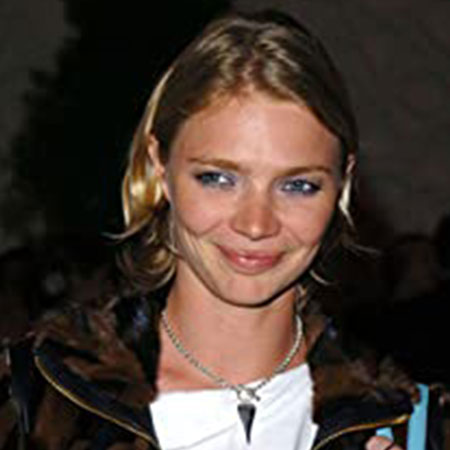 She was born on September 25, 1978, in Guildford, Surrey, England, to a businessman and showjumper, Johnny Kidd.

As a child, Jodie was a showjumper and attended St Michael’s School, Burton Park, West Sussex.

At the age of 15, Kidd was discovered by a photographer, Terry O’Neill, on a beach in Barbados and she had her first gig at 16.

Right at that time, rumors surfaced that her slender figure encouraged teenagers to become anorexic as many girls tried to mimic her looks.

Her skeletal figure with the height of 6 ft 2 inches & the weight of 48 kg helped her rise quickly.

She modeled for top fashion brands like Chanel, Lagerfeld, Ernesto Esposito, Cappellino and graced the covers of Elle magazine in Australia, Singapore, Italy, Sweden and the US.

She was known for completing the fastest Celebrity Lap in the Suzuki Liana in episode 8 of season 2 of ‘Top Gear,’ in 2003.

Later, she was overtaken by Simon Cowell in the series 3 episode 5 and is now ranked eleventh fastest.

She, along with her co-driver, Fabio Babini, took first place in Bologna, Italy at a Maserati Trofeo Pro-Am event in 2004.

After taking part in several rallies at the Gumball 3000 at a young age, she developed an interest in professional racing.

She was offered to become Chris Evans’ co-host on ‘Top Gear’ after Jeremy Clarkson left in 2015, but she declined stating that she wanted some time out of the limelight.

After turning down ‘Top Gear,’ she presented ‘The Classic Car Show’ alongside Quentin Wilson in 2015.

Kidd got married to an internet entrepreneur, Aidan Butler, on September 10, 2005, after dating for a year, but split after 18 months of marriage.

She has a 2011-born son from her relationship with an Argentinian polo player, Andrea Vianini.

She was married to a former British Army captain, David Blakeley, from 2014 to 2015.

After two broken marriages, she is finally convinced that she had found her Mr. Perfect in a Royal turned creative agency executive, Joseph Gates.

Now, the diesel junkie model is running The Half Moon, a village pub in  Kirdford, West Sussex.

Throughout her career as a model, TV personality and racer, she has amassed an estimated net worth of $3 million.