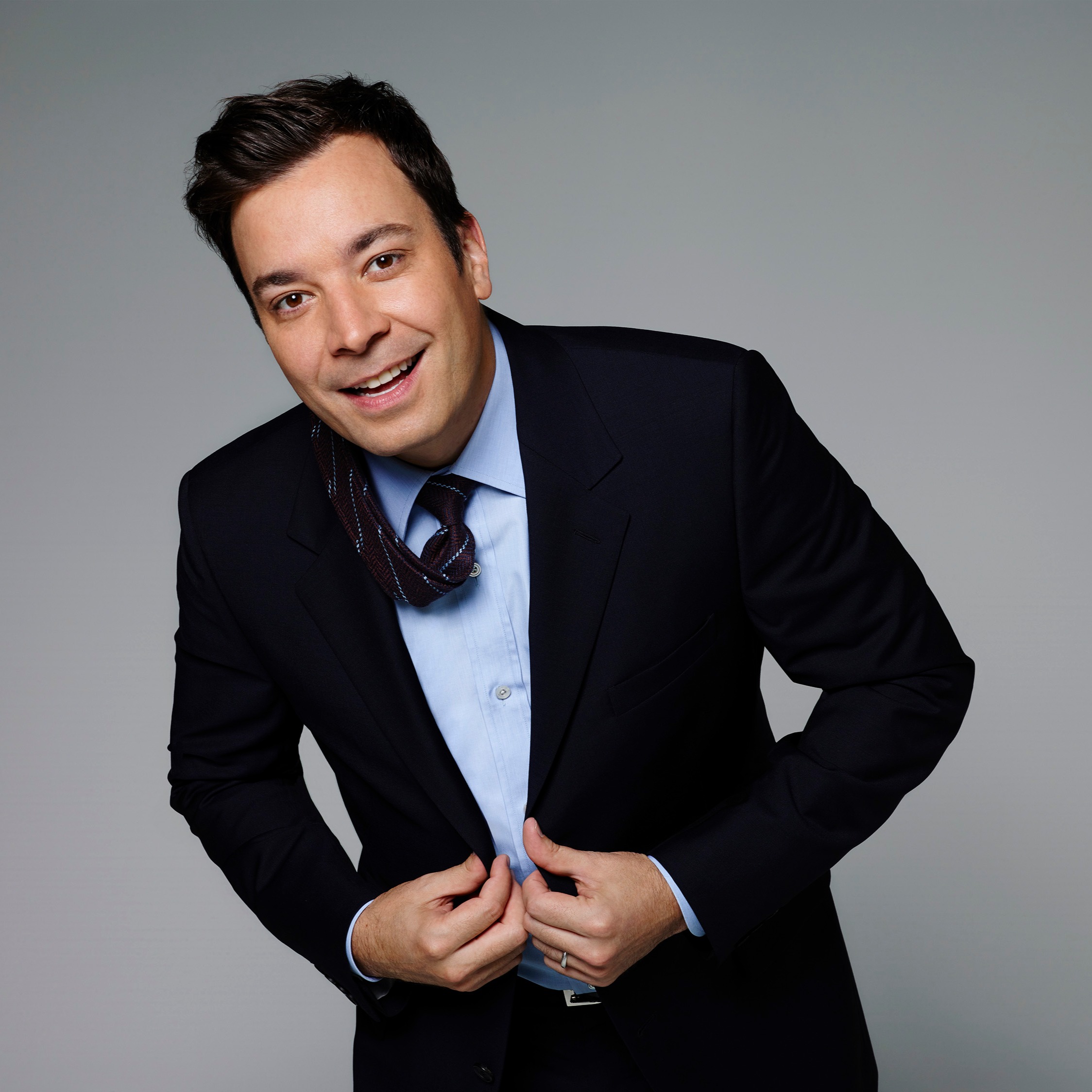 Jimmy Fallon is an American television host and comedian who rose to fame on Saturday Night Live (SNL) show. He is also known as an actor, singer, writer, and producer but he is more famous as the host of The Tonight Show Starring Jimmy Fallon.

Born on September 19, 1974, Jimmy Fallon attended St. Mary of the Snow, an elementary school in Saugerties. He was very much interested in comedy and music from very young age. He was obsessed with the Saturday Night Live (SNL) as a teenager. He also started playing guitar at the age of thirteen. He used to participate in contests and shows performing comedy and music.

Jimmy graduated from Saugerties High School in 1992. He dropped out of the college a semester early to move to Los Angeles. Though he left to pursue comedy full-time, he had to struggle a lot. By the age of 21, he secured a manager and got bookings.

The popular comedian used to do stand-up for $7.50. He played many small roles in movies and TV shows too. He finally debuted on SNL as a featured player on the twenty-fourth season in September 1998. He became popular overnight making him a celebrity. He stayed there for whole six years. He got to co-host 2001 MTV Movie Awards and 202 MTV Video Music Awards.

In March 2009, Fallon was seen hosting Late Night with Jimmy Fallon. His own musical sensibilities and hip-hop collective The Roots evolved his show. At the end of 2014, he was earning a salary of $11 million per year. He has released two comedy albums and three books. His second comedy album ‘Blow Your Pants Off’ won a 2013 Grammy for Best Comedy Album. He became the sixth permanent host of The Tonight Show in 2014. His net worth is now estimated to be $25 million.

Jimmy was born to Gloria and James W. Fallon in Bay Ridge, Brooklyn, New York. He is of German, Irish and Norwegian descent. His father spent his adolescence singing in street-corner then worked as a machine repairman for IBM. Fallon’s family moved to Saugerties before he was two.

Jimmy described his parents to have been overprotective so he and his sister, Gloria, were not allowed to leave their home. During his movie shoots of Fever Pitch with Drew Barrymore, he started dating producer, Nancy Juvonen with whom he married on December 22, 2007.

Fallon was 33 and Juvonen was 40 when they got married. They have two children and both were born via gestational surrogacy. Their elder daughter, Winnie Rose, was born in 2013 and younger daughter, Frances Cole, was born in 2014. He is fond of dogs and has a Golden Retriever dog named Gary Frick.

On June 26, 2015, Fallon injured himself by tripping over a rug and suffered a ring avulsion. He spent 10 days in the ICU and was seen his finger covered with bandage in his shows.

Six feet tall Jimmy Fallon has reached that height of his career that he has always dreamt of. He is currently hosting Late Night with Jimmy Fallon which has 11.3 million followers all over the world. He has interviewed many famous celebrities to the president of US Barack Obama.