Skip to content
Home » Entertainment » Details on Barbara Walters’ relationship with daughter. More on her net worth & plastic surgery

Details on Barbara Walters’ relationship with daughter. More on her net worth & plastic surgery 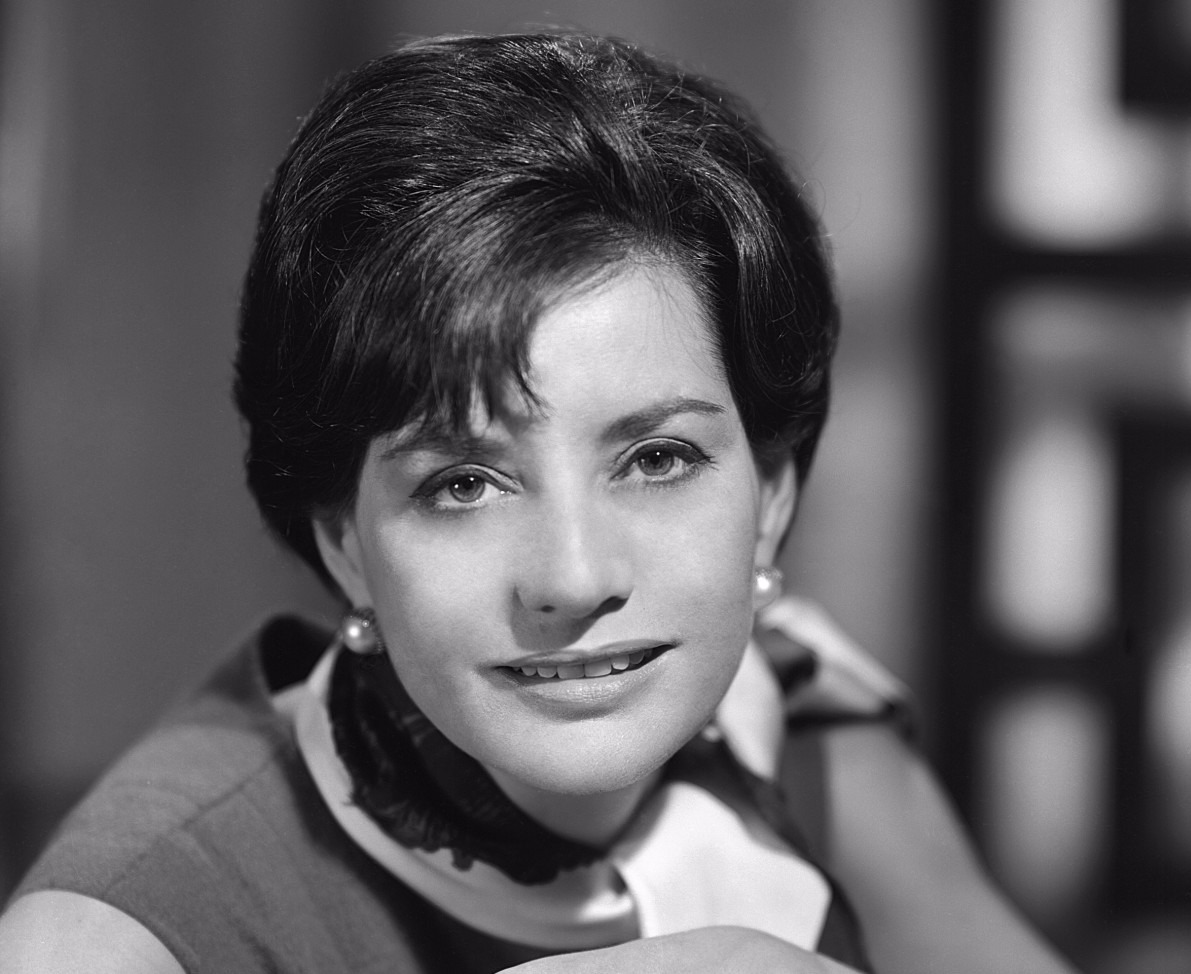 One regret that Barbara Walters has in her life is not spending more time with her daughter, Jacqueline Guber. She garnered fame as a pioneer in the broadcast journalism and amassed a whopping net worth along the way, but couldn’t give time to her family. She always prioritized her career over her personal life.

Four-times married Barbara doesn’t have her biological children. But, she has an adopted daughter, Jacqueline Dena Guber.

After the end of her first marriage with Robert Henry Katz, she got married to theatrical producer Mr.Lee Guber on December 8, 1963. With Guber, she faced numerous miscarriages and the couple desperately wanted a child.

Jacqueline Dena Guber was born on June 14, 1968, and that same year Barbara and husband Guber adopted the baby girl. She was named after Barbara’s mentally disabled sister Jacqueline, who died of ovarian cancer in 1985. 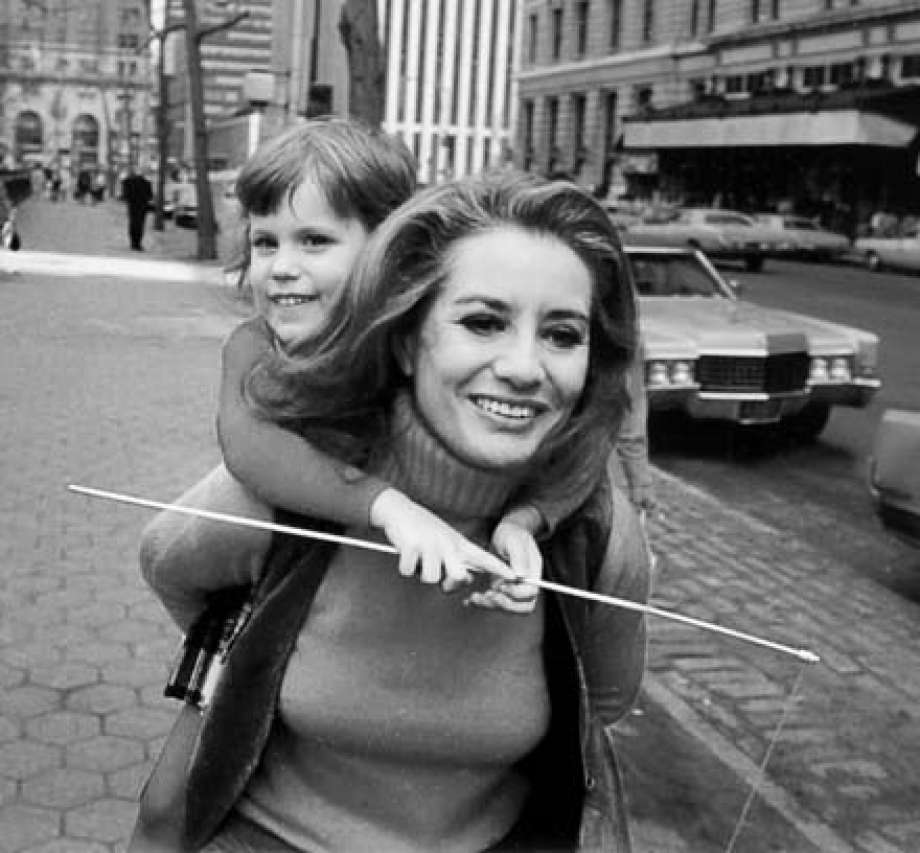 Jackie has revealed that she really had a troubled childhood, being a daughter of a popular mother. She literally hated being a celebrity and took her father’s last name when she was 18.

She used to run away from the house in fishnet stockings

and leather miniskirts to party with friends in notorious night clubs in New York in the 1970s. As a result, she faced marijuana and methamphetamines abuse. She credits her feeling of abandonment in childhood days to drug addiction.

I did marijuana. It was called crank then, but it’s now methamphetamines. Quaaludes were all over the place. Valium. And the drugs numbed all the other feeling. But it didn’t take away the issues that I had. They got bigger and bigger. I was more and more isolated from my mom’s world. And I thought running away from home would solve all my problems.

As a mother, Barbara regrets not spending more time with her daughter, as she always prioritized her career over family.  Sometimes, her work would not let her hear from Jackie for over a month. “I wish I had spent more time with my Jackie,” Walters said in an interview in 2014.

After drug addiction, she was taken to an intervention program in Idaho, which really helped. In 2001, her admirable ambition led her to create a self-discovery program, New Horizons for Young and Troubled Women, which combined outdoors living and clinical therapy programs. New Horizon has stopped its services as of October 10, 2008.

Barbara Walters has a whopping 9-figure net worth 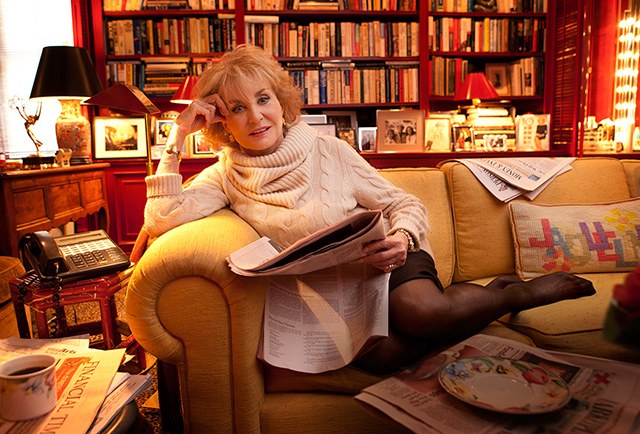 Barbara Walters is counted as one of the richest journalists with a whopping net worth of approx. $170 million.

Since joining the ABC News in 1976, she handled the biggest responsibilities that included co-anchoring morning and evening news broadcasts. She interviewed high-profile personalities including pop-icons, leaders of any field, dictators and every US president and First Lady since Richard Nixon. She is the creator of popular show The View and has contributed long years of her career to the top shows like 20/20 and NBC’s Today.

In 1976, she earned an unprecedented salary of $1 million for co-anchoring ABC Evening News. Reportedly, she joined ABC News leaving NBC for the heavy paycheck.

Has Barbara Walters had plastic surgery?

Barbara Walters has been under constant scrutiny of fans, as she looks younger than she actually is. Plastic surgery has been guessed to have helped the 87-year-old to get rid of wrinkles and sagging skin. 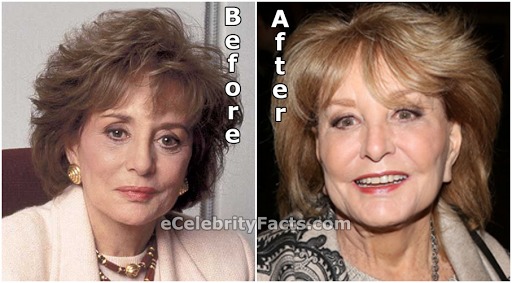 Comparison of her past and present photos makes us sure about her work done. However, what procedure she underwent is still a matter of curiosity.

She has admitted to undergoing Botox treatment in a farewell interview in 2014 but when asked about a facelift, her answer was like, “No. And I wouldn’t now. I think I’m too old.”

However, fans are still not satisfied with what she has revealed. Perhaps, she underwent a neck lift, eyelid surgery and something like that in past.

Is there any truth to Greta Van Susteren’s plastic surgery rumors?