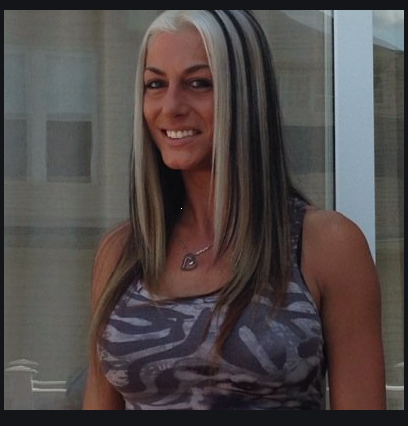 Jessica Samko is an American reality star, best known for her appearance in the A&E reality series, Shipping Wars.

She was born in Amsterdam, New York, and is now living in Monroe, Pennsylvania.

As a young girl, she dreamed of working on a cruise ship but later decided to become a truck driver.

Nicknamed “The Road Warrior,” she is known for her unorthodox methods of driving, in addition to tough-talking and f-bomb-dropping nature.

Before being chosen on ‘Shipping Wars,’ she was driving a 2008 Volvo 780 in and out of the port in Newark, New Jersey.

She initially started driving under DMS, a Cargo & Freight Company owned by her fiancé, Derek Smith, with whom she got engaged on December 13, 2013.

She appeared in the sixth season of ‘Shipping Wars’ for the first time in 2014 and remained with the show until its cancellation in 2015.

In the show, she drove the 2008 Volvo 780, unlike other contestants who used to drive trucks below Class 8, including pickup trucks.

When she joined the show, she lacked the experience required, but it did not stop her from knocking the competitors out of the way.

She is a proud owner of two pet pugs named Wilson and Oogie, and both of them travel with her when she goes on a delivery.

In 2013, Samko was nominated for ‘Overdrive’s Most Beautiful’ by Overdrive, a magazine and online news source dedicated to trucking.

As of now, she is working on her own transportation company ‘JMS Transport’ which you can check out on jmstransport.com.