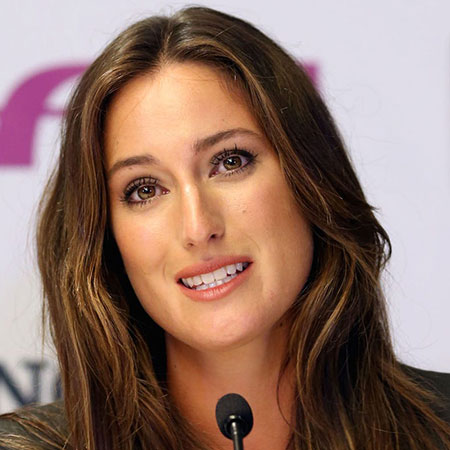 While most choose to ride the wave created by their parents, Jessica chose a different career path.

She is a show jumping champion who has participated in many international competition representing the USA.

She was born on December 30, 1991, in LA, but her parents moved to New Jersey in order to raise their kids away from the limelight.

The family lived in a horse farm in New Jersey where she learned to ride horses from a young age.

She completed high schooling from the Ranney School and was awarded an undergraduate degree from Duke University.

She competed in 2011 Royal Windsor Horse Show as a senior competitor with her horse, Vornado Van Den Hoendrik.

She was an alternate rider for the USA at 2012 Summer Olympics.

Peter Charles, who represented Great Britain at the Olympics in Equestrian Events, sold his horse, Vindicat W, to Springsteen.

She won the American Gold Cup in 2014 and her first five-star Grand Prix jumping competition in 2016.

However, she was not short-listed for the national Equestrian team for the 2016 Summer Olympics.

Her parents had raised $1.5 million for the team through a fundraiser campaign earlier the same year.

She won the Falcon Stakes CSI5* at Royal Windsor Horse Show in 2017.

She has been dating a polo player, Nic Roldan, since 2015.

She said, “…It’s nice to have someone that does the same thing…He loves to come watch and I watch his games so it’s fun.”

Her parents are also supportive of her career and are often cheering for her in the events she takes part in.

Her father who has a net worth of $460 million, even bought a home in the equestrian capital, Wellington, Florida.

The hardworking equestrian, one day hopes to represent her country in the Olympics.